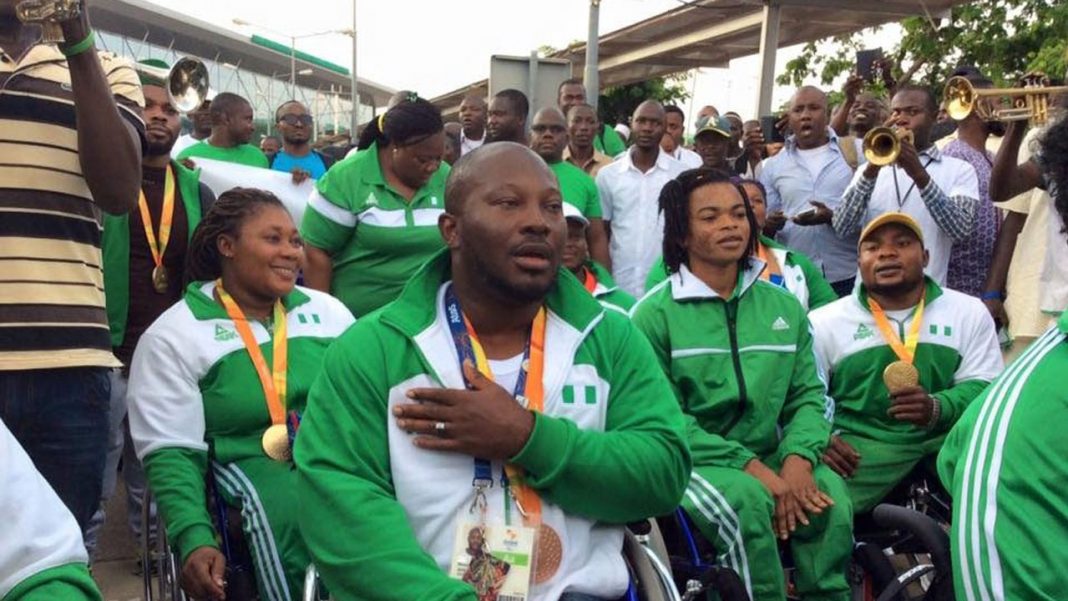 Team Nigeria, which dominated the just concluded African Open Para-Powerliting Championship in Egypt, returned to a heroic welcome on Monday.

The delegation arrived via an ASKA Airline plane that landed at the Murtala Mohammed International Airport at exactly 4.55 pm Nigeria time.

The para-powerlifters hauled a total of 43 gold, 14 Silver and two bronze medals, to put many of them close to qualifying for Paris 2024 Paralympic Games.

Speaking on his team’s feat in Egypt, president of the Nigeria Para-Powerlifting Federation, Chiemeka Ezenwane Charles, commended the athletes for their efforts, while also lauding Sports Minister, Sunday Dare, for his fatherly role in supporting the sport.

He, however, pleaded for more support for them to attend other upcoming championships lined up ahead of the Paris 2024 Paralympic Games.

Among the victorious medallists is Esther Nworgu, who accounted for eight gold medals and also set two world records in the 41kg weight category. Others are Latifat Tijani (45kg), who won two gold, one silver and one bronze medal, plus an African record; Bose Bejide (50kg), who won two gold and two silver medals and Onyinyechi Mark Gift (61kg), who contributed four gold and two world records.