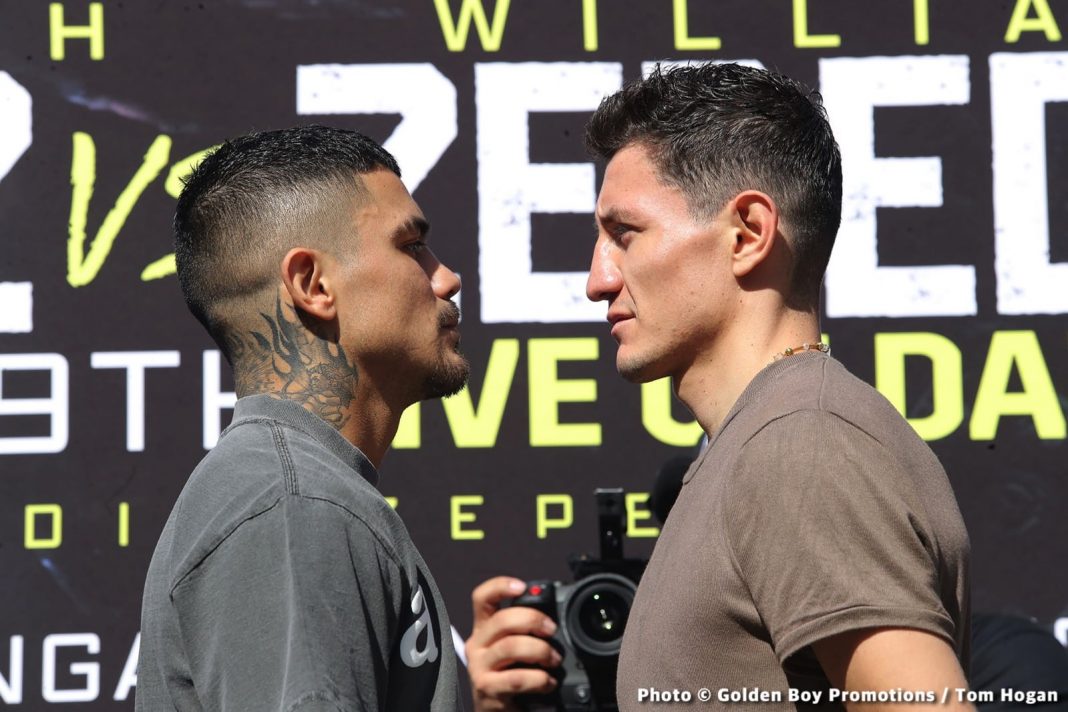 In the first and second rounds it was all Zepeda with Diaz only having some offense in the final thirty seconds of the round. In the third and fourth rounds Zepeda continued to rip the body of Diaz. In the sixth round Zepeda drew blood from the nose of Diaz.

In the seventh through the ninth rounds Zepeda continued dominating the fight. In the tenth round Diaz was having a better round but under his left eye is much swelling.

In the eleventh round Zepeda continued outworking a game Diaz. In the twelfth and final round Diaz was having his way halfway through the round when Diaz came back well with half a dozen unanswered punches. In the final seconds again a flurry of punches from Zepeda without return from Diaz at the bell.

In the first round both were throwing bombs mostly to the body. In the second round Rocha hurt Perez with a body shot and he complained to Referee Ray Corona to no avail. In the third round referee Corona warned Rocha of a low blow. Perez fought back hard though being outgunned by Rocha. In the fourth round Rocha drew blood from the nose of Perez with a flurry of punches.

In the fifth round Perez came back well enough with body shots to take the round. In the sixth round both boxers had their moments with the Rocha fans yelling for him but Perez would continue to fight back no matter how hurt he was.

In the seventh round back and eighth rounds this round of a real slugfest would go with Perez possibly taking another round. In the ninth round Rocha hurt Perez with a body shot but he would come back with his own punches. In the tenth and final round Perez when he looked hurt would come back again and again with the fans enjoying this one.

In the first and second rounds Mucino continued to press forward outworking Yudica. In the fourth round it was all Mucino having Yudica in trouble at the bell.

In the first two rounds Valdez pressed the action outworking Ornelas. In the third rounds final seconds Ornelas landed a good left to the chin of Valdez. In the fifth round it was Ornelas countering well taking his first round.

In the sixth and seventh rounds Ornelas continued doing well against the oncoming Valdez who can’t seem to cut off the ring. In the ninth rounds final seconds Ornelas rocked Valdez with a left hook to the chin. In the tenth and final round Ornelas had problems with his shoe more than he did with Valdez as it seemed to come apart a bit.

In the first round with thirty seconds remaining a right from Chavez dropped Leyva for an 8-count from Referee Jose Cobian. In the third through the fifth rounds Chavez had Leyva in trouble throughout the round. In the sixth and final round after a minute a left hook from Leyva hurt Chavez on the chin. Chavez landed a left hook to the body hurting Leyva drawing blood from his left eyebrow.

In the first round a flurry of punches from Llamido caused a defensless Cruz to be stopped by referee Ray Corona.