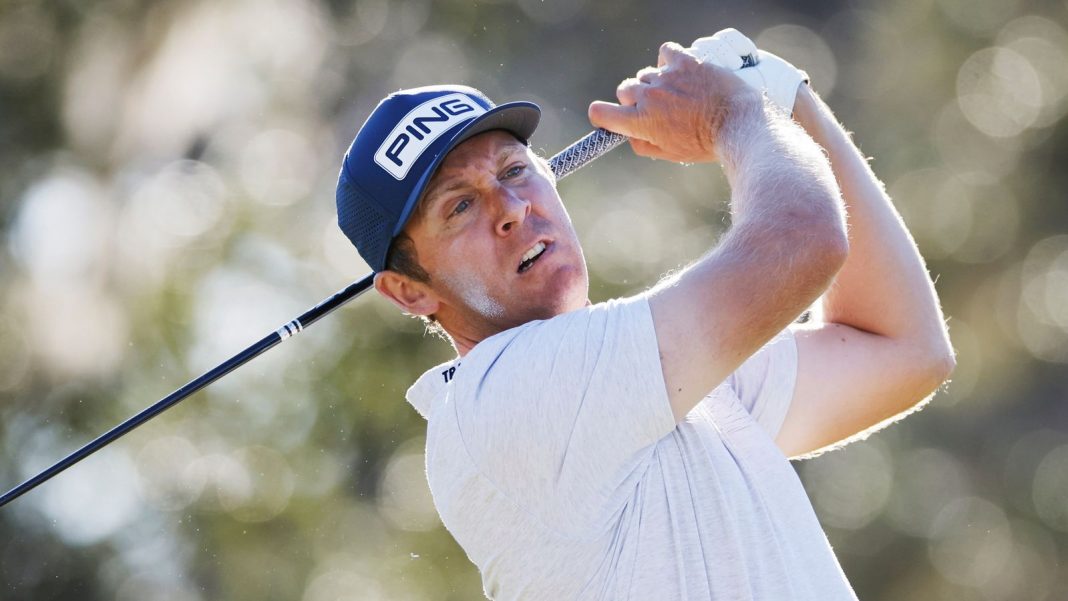 Seamus Power of Ireland shares the lead with American Ben Griffin heading into the final round of the Bermuda Championship; watch live action on Sky Sports Golf from 5.30pm on Sunday 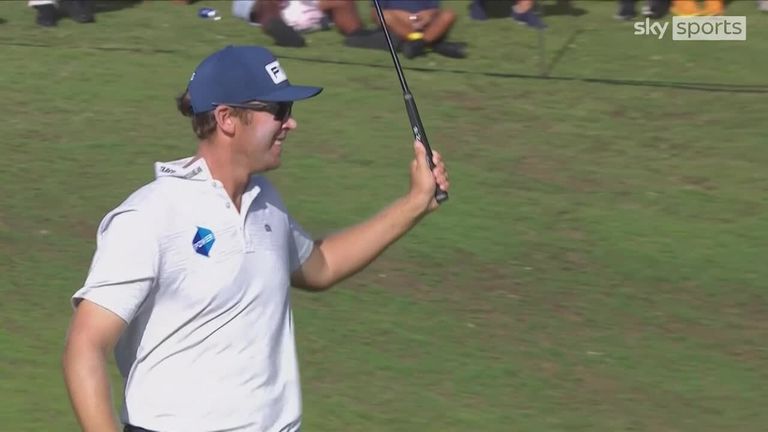 Highlights of Day 3 of the Bermuda Championship at Port Royal Golf Course.

Highlights of Day 3 of the Bermuda Championship at Port Royal Golf Course.

Ireland’s Seamus Power enjoyed another six-under 65 to share the lead with Ben Griffin at the Bermuda Championship on Saturday.

The Waterford native struck with some late birdies for another round of six-under to head into Sunday’s final round level with American Ben Griffin on 18 under.

The 35-year-old Irishman is no stranger to windy conditions having played at the tournament the last few years.

He sealed his spot on the top of the board late in the third round, which started out with four straight birdies.

Further birdies followed on 11, 16 and 17, with a double bogey on the par-three 13th the only blemish on his round.

“I knew I had to get birdies before 11,” Power said. “I don’t know how comfortable you get when you get to 16 and you’re having to aim your ball in the ocean.”

Power has one PGA Tour victory, the Barbasol Championship in Kentucky last year. He would love nothing more than a win for a strong early start to the PGA Tour and to assure his spot at The Masters.

Griffin, who was previously working as a loan mortgage officer, earned his full card onto the PGA Tour last year.

“It’s been surreal really the last year and two months of just being comfortable on the golf course and just going out and trying to win,” Griffin said.

“When you’re playing mini-tour events and you’re trying to grind for top 10 just to break even, just have enough money to maybe do a Monday qualifier, it’s not necessarily the easiest in terms.

“Now that I have this little bit of freedom, I can go out there and just try to win golf tournaments.”

Australia’s Aaron Baddeley and Kevin Yu of Taipei are two shots back at 16-under, with another American, Brian Gay, alone in fifth place on 15-under following a third straight 66.

Overnight leader Ben Crane struggled in round three, with four birdies and six bogeys in a two-over 73 and he now sits in joint ninth, six shots off the pace.

Get the best prices and book a round at one of 1,700 courses across the UK & Ireland