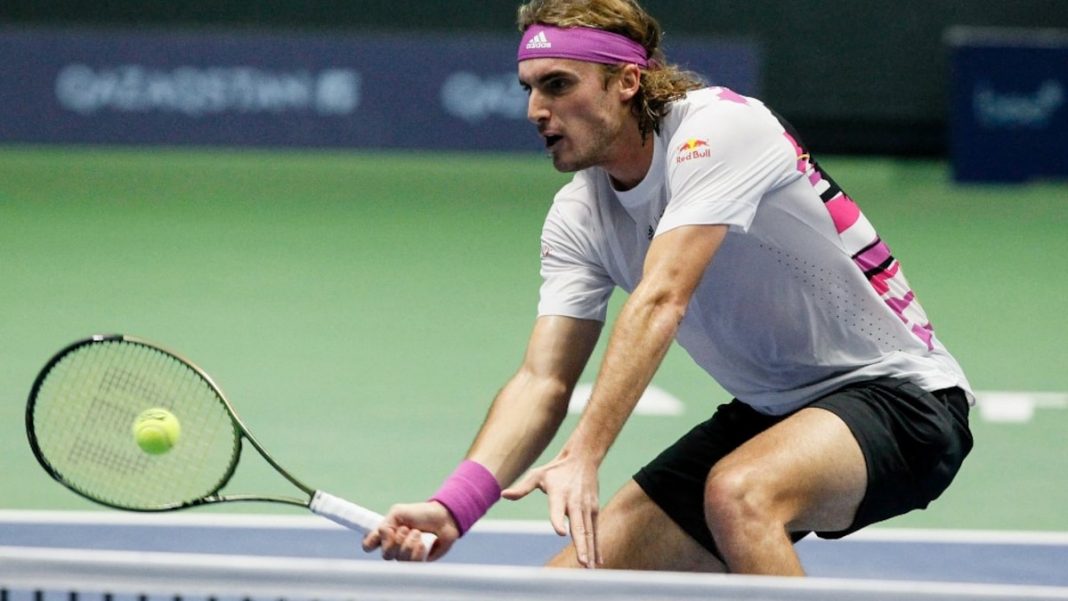 Stefanos Tsitsipas in action vs Andrey Rublev during men’s singles semi-final at the Astana Open.© AFP

Stefanos Tsitsipas set up a final against either Novak Djokovic or Daniil Medvedev with a come-from-behind victory against Andrey Rublev in Astana on Saturday. The Greek third seed won 4-6, 6-4, 6-3 to reach his sixth final of the season. On Sunday he will face the winner of the second semi-final between Wimbledon champion Djokovic and former world number one Medvedev. “It was not easy, being a set down,” said Tsitsipas. “To have to deal with a very good opponent on the other side of the net made it an extremely physical battle.

“I am pleased with myself for being so determined to make it work so well.”

A break in the opening game of the match proved enough to give fifth seed Rublev the first set.

But Tsitsipas, who saved five of six break points in the match, improved as the tie went on and he made his move in the 10th game of the second set to force a decider.

The 24-year-old was rock solid again in the third, wrapping up victory after two hours and 10 minutes to take his head-to-head record against Rublev to 6-4.

“My mentality kind of changed,” Tsitsipas added. “I played with more of an aggressive game style and didn’t have anything by luck.”