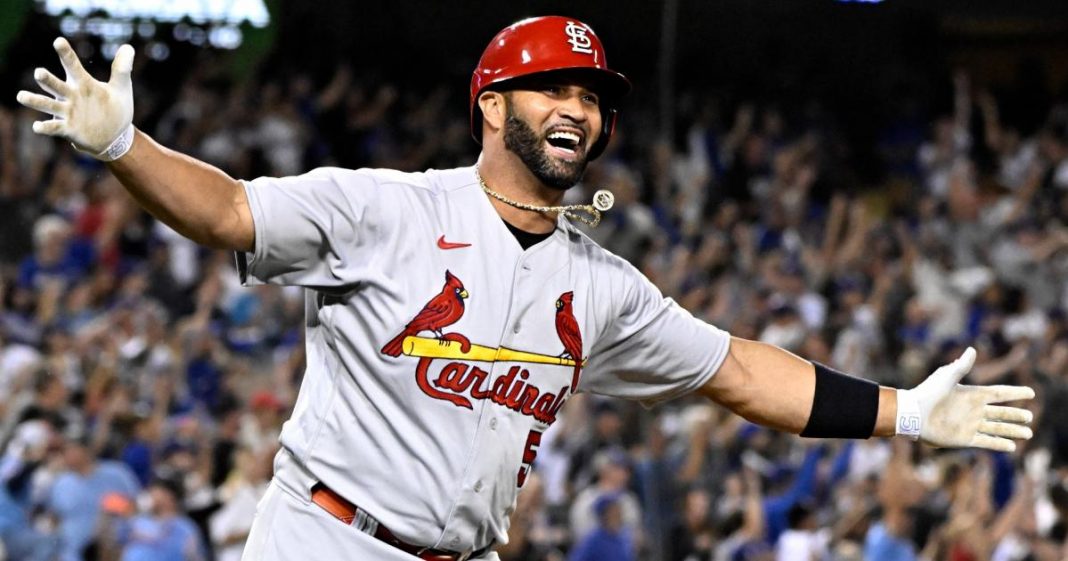 Does Greg Amsinger have a DeLorean and a sports almanac we don’t know about?

Back on April 13, the MLB Network studio host told colleagues Dan Plesac and Carlos Pena on the air that he believed Albert Pujols would reach 700 home runs, and that it would happen on a Friday in September at Dodger Stadium against Clayton Kershaw.

At Dodger Stadium on Friday, Sept. 23, Albert Pujols hit the 700th home run of his career, though it was off Phil Bickford. Kershaw, as it happens, pitches on Saturday.

Before the season began, it was far from a given that Pujols would reach 700 home runs. While the National League had instituted the designated hitter, giving him a better chance at playing more frequently, reaching 700 meant hitting 21 home runs.

Pujols, at age 42, had not hit at least 21 home runs since 2019, and he figured to get most of his playing time against left-handers. That’s part of what made Amsinger’s claim at the time seem so bold. At that point, even thinking he would reach 700 was a bit of a stretch.

MORE: Who could be next to reach 700 home runs?

And it hasn’t just been against lefties. Though Pujols’ damage has mostly been done against them (1.169 OPS, 13 home runs), he has launched eight homers off right-handers, blasting eight, though with a diminished .681 OPS. Just to prove he could still hit all pitchers, he hit No. 699 off a left-hander (Andrew Heaney) and No. 700 off a right-hander (Bickford).

Amsinger got almost everything about the home run right. He got the day of the week, the month, the opponent, the venue. He was off with the pitcher by a single day. Maybe he read his almanac too fast before starting the segment.