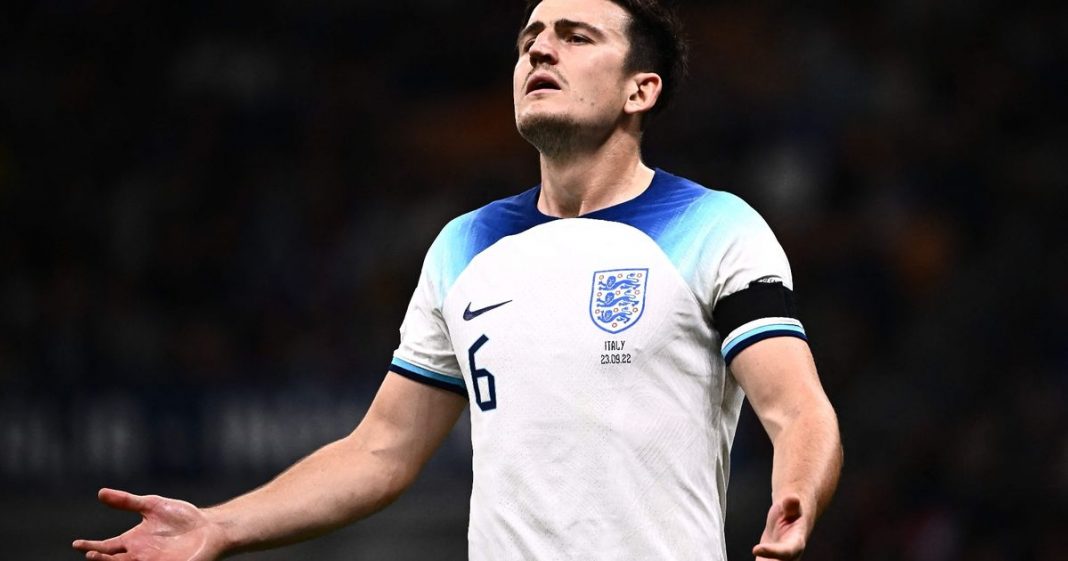 Up in the rafters of the San Siro, England fans serenaded Harry Maguire ahead of this forgettable Nations League match.

On the eve of the game, Gareth Southgate sung Maguire’s praises with no little gusto. According to the England manager, Manchester United ’s non-playing captain is the best available centre-back on the ball.

And nothing Maguire did on this night in Milan proved Southgate wrong, to be fair. Maguire’s passing, in both halves of the field, was pretty much immaculate and that is a quality that should not be under-rated in a defender.

But it is not, of course, his primary task. And it is not jumping on any bandwagon to suggest he looked mightily vulnerable in the early stages of this contest.

Maguire would not have convinced too many doubters with this performance but you can be sure Southgate remains convinced. This was Maguire’s 47th cap and, considering he made his debut less than five years ago, that is some achievement and reflection of that Southgate trust.

And as the England manager so often highlights, he has rarely posted a duff performance. There was an aberration against the Danes at Wembley in 2020 when two yellow cards ended his involvement after 31 minutes but, in the context of his England career, that was a bit freakish.

Should Harry Maguire continue to start for England? Have your say in the comments section

Bear in mind, he has also contributed seven goals to England’s cause. His club form, on the other hand, has been consistently average for a season and a chunk and Erik ten Hag was quick to lose patience and has not started him since September 8.

And let’s face it, should Lisandro Martinez and Raphael Varane stay fit, Maguire is not regaining his Premier League starting place any time soon, club captain or not, £80million price tag or not.

But Southgate puts a high tariff on his value to England, as do supporters with a semblance of a memory. That is why they gave him that pre-match encouragement. Not that it had the desired effect.

The sight of Maguire getting the wrong side of an attacker – on this occasion, Giacomo Raspadori – is a familiar one but a narrow offside decision spared his blushes.

And his lack of confidence was evident when, after being beaten by Gianluca Scamacca, whose header was beaten away by Nick Pope, the United defender needlessly presented Italy with a corner.

It did not help that, playing on the left side of a defensive three, his relationship with wing-back Bukayo Saka was on its awkward first date. It was no wonder that so much danger came down that flank of the field.

Defensively, Maguire improved but the commanding, most assured figure in the England defence was the returning Eric Dier. The Spurs man made one goal-saving intervention early in the second half that typified the resurgent form he has shown this season.

And that WILL be a big boost for Southgate, who believes his options in central defence are limited. John Stones, suspended for this match, will surely return to the line-up and that will give Southgate a dilemma.

If his first-choice back three combination was to become Stones, Dier and Kyle Walker, who would complain? But do not hold your breath. Maguire is the man on whom Southgate is prepared to stake his reputation. And that is not going to change.