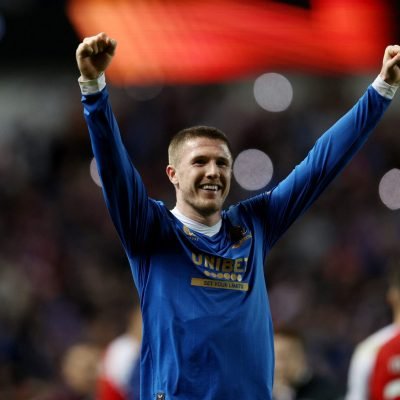 Rangers midfielder John Lundstram has emerged as a crucial figure for the Old Firm outfit this calendar year, with the Englishman shaking off a slow start to life at Ibrox to become a go-to man for current boss Giovanni van Bronckhorst.

Having been signed from Sheffield United on a free transfer during the summer of 2021 – during Steven Gerrard’s stint at the helm – the Liverpool-born powerhouse initially struggled to win over the Gers faithful, drifting in and out of the side between October and January last season.

Unable to enjoy a consistent run in the side – having often even been unable to feature off the bench at times during that tricky spell – there was even suggestion that he could be moved on during the winter window, with former Blades boss Chris Wilder believed to have been keen on a reunion at Middlesbrough.

Having ultimately stayed put with the player himself showing no desire to leave, the former Brammall Lane star went on to solidify his place in the side in the second half of the 2021/22 campaign under Van Bronckhorst, with the Dutchman likely thankful for Gerrard’s decision to bring him to Glasgow for nothing.

A real turning point had potentially come in the stunning 4-2 triumph away against Borussia Dortmund in the Europa League in February, with Lundstram helping to sink the Bundesliga outfit with a stunning strike just after the break. 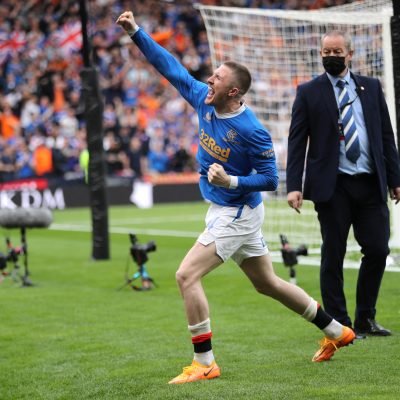 The former Everton youth product would go on to prove integral in the Scottish Premiership side’s surge to the final, rubberstamping his emerging “cult hero” status – as dubbed by club legend Ally McCoist – with a vital goal in the semi-final triumph over RB Leipzig to secure passage to the showpiece.

The 5 foot 11 “machine” – as described by Rangers Womens’ Nicola Docherty – has gone on to continue to feature heavily in the current campaign having started all 13 games in the league and Champions League thus far, only missing the League Cup triumph over Queen of the South.

Now valued at £6.75m – according to Transfermarkt – it has seemingly been particularly astute business to bring in the “sensational” gem, as described by journalist Josh Bunting, with the 28-year-old now even potentially set to be rewarded with a new contract.

As pundit Alex McLeish stated, the £30k-per-week “trojan” has been a truly “tremendous acquisition” for Rangers after a tough introduction to life at Ibrox, with Gerrard having struck gold by getting the deal done just over a year ago.