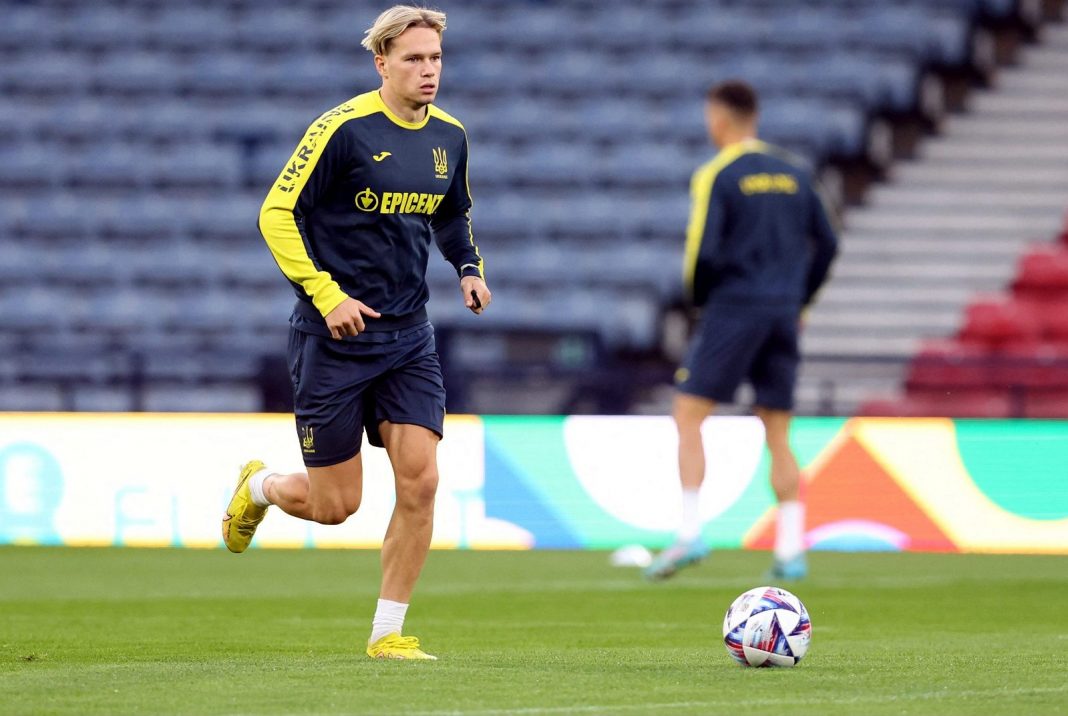 Leeds United are interested in a deal to bring Mykhaylo Mudryk to Elland Road.

That’s according to a report by 90min, who claim that Victor Orta sent a scout to watch the Shakhtar Donetsk winger in action for Ukraine in their 3-0 Nations League defeat against Scotland on Wednesday evening.

The report went on to state that a number of Premier League clubs – including Arsenal, Brentford, Brighton & Hove Albion, Chelsea, Everton, Newcastle United, West Ham United and Wolverhampton Wanderers – had scouts present at Hampden Park in order to take a closer look at the 21-year-old ahead of a potential move for the forward further down the line.

Considering the incredible amount of potential Mudryk undoubtedly possesses, it is not difficult to understand why Orta – as well as half of the Premier League – would be interested in a deal to bring the Shakhtar starlet to England this winter.

Indeed, the £13.5m-rated talent was in exceptional form over his 11 Premier Liga appearances – only seven of which came as starts – in 2021/22, scoring two goals and providing his teammates with seven assists – rather remarkably averaging a direct goal involvement every 69.9 minutes of football played in the Ukrainian top flight last time out.

However, as impressive as these returns are, it has undoubtedly been the 21-year-old’s performances in the Champions League so far this season that will have truly grabbed the attention of the Premier League.

Indeed, the youngster was one of Shakhtar’s star performers in their widely unexpected 4-1 demolition of RB Leipzig earlier this month, scoring one goal and providing two assists against the Bundesliga giants, as well as completing two of his three attempted dribbles and making two key passes – with these remarkable returns seeing Mudryk earn a SofaScore match rating of 8.0.

Following this performance, journalist Jack Collins could not speak highly enough of the starlet in a post on Twitter, even going as far as to compare him to Manchester City’s Bernardo Silva:

“Mykhaylo Mudryk is absolutely unreal. A goal and two assists, sure, but his explosiveness in small bursts is almost undefendable and his ability to keep the ball tethered to his foot, even at full speed, is Bernardo-esque. He’s going to be a star.”

The player who Sam Tighe preferred to dub a “Grealish regen” also impressed in Shakhtar’s subsequent 1-1 draw with Celtic, once again getting himself on the scoresheet and successfully completing two dribbles – this time earning a SofaScore match rating of 7.0.

As a result of these astonishing displays, the €50m (£44m) valued sensation currently ranks as the joint 43rd-best player in Europe’s most prestigious club competition – a quite extraordinary feat when taking into account he plays for a club of Shakhtar’s standing, let alone while his country is currently at war.

As such, it would appear extremely advisable for Orta to do everything he can to fight off the competition for Mudryk this winter, as the 21-year-old could not only become the Whites’ very own Jack Grealish on the wing, but he very much has the potential to develop into a world-beater at Elland Road.