What happened to Mike Zimmer? Why former Vikings coach teamed up with Deion Sanders at Jackson State 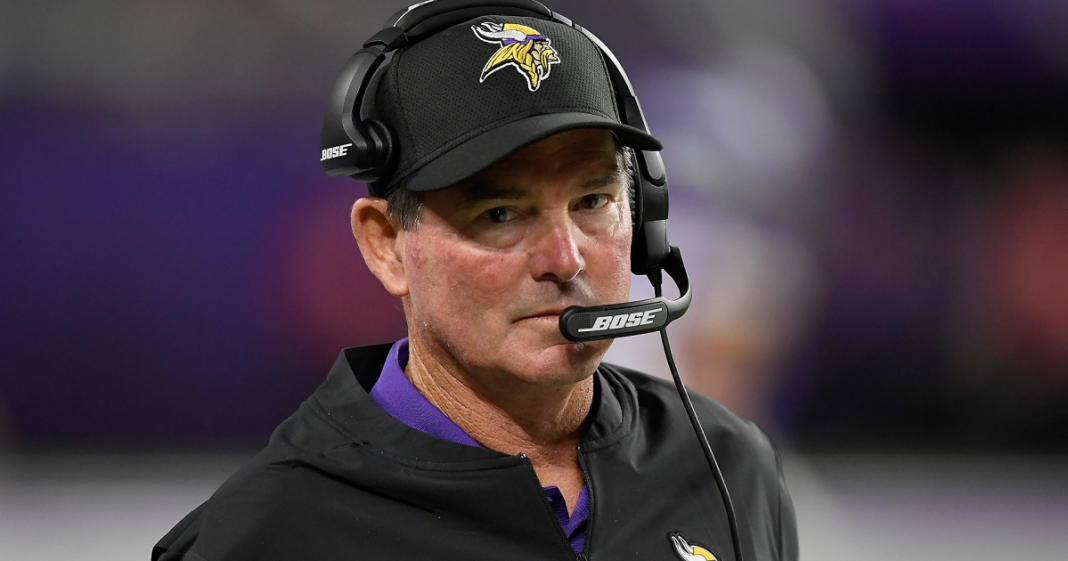 The Vikings entered 2022 with a new coach for the first time since the 2014 season. Kevin O’Connell replaced Mike Zimmer after the latter spent eight years in charge of the team.

Zimmer’s time in Minnesota was somewhat successful. The team made the playoffs three times and following a 2017 season that saw them go 13-3, the Vikings made it to the 2018 NFC Championship Game.

However, the Vikings never reached the same height of success after that season. As such, Minnesota decided to go in a different direction, bringing in O’Connell — an offensive guru and at age 37 the second-youngest head coach in the NFL — to replace Zimmer, a defensive-minded coach who ranked as the league’s fifth-oldest coach in 2021, when he was 65.

Zimmer had spent 27 consecutive seasons in the NFL before his departure from the Vikings. He served in various roles on the Cowboys’ defensive staff before taking over as the team’s defensive coordinator in 2000. He held that role with three teams — the Cowboy, Falcons and Bengals — for 13 seasons before becoming a head coach.

Now, however, Zimmer is not coaching in the NFL. The 66-year-old has gone back to school to take a job on a college staff along with an old friend.

So, what is Mike Zimmer up to now? Here’s a look at what the former Vikings head coach is doing in 2022.

MORE: Why four receivers were taken ahead of Justin Jefferson in 2020 NFL Draft

Where is Mike Zimmer now?

Zimmer has returned to the college game to take a job at Jackson State. He is serving as an analyst for the team and will bring his defensive knowledge to the FCS program.

Jackson State is coached by legendary NFL cornerback Deion Sanders, who has turned the program into an FCS powerhouse. They went 4-3 in “Coach Prime’s” first season before logging an 11-2 record in 2021.

Now, Sanders is hoping the team can take another step forward. So, he brought Zimmer on board to add plenty of talent and experience to the coaching staff.

Why did Mike Zimmer join Deion Sanders at Jackson State?

Going from Vikings head coach to an analyst at Jackson State may seem like quite a step down for Zimmer. However, the 66-year-old coach acknowledged that his relationship with Sanders made jumping from the NFL to the FCS an easy decision.

“He’s asked me about it a few times. The pay’s not good,” Zimmer said with a grin of the Jackson State job, per Thee Pregame Show. “But I do love Deion and I’d do anything for him.”

Zimmer and Sanders worked together on the Cowboys from 1995 to 1999. At that time, Zimmer was the team’s defensive backs coach while Sanders was one of the NFL’s best cornerbacks.

Sanders was an All-Pro first-teamer in three of his five seasons under Zimmer’s tutelage in Dallas. He also won Super Bowl 30 during his time with the veteran defensive coach. As such, it’s easy to see why he would want a quality, defensive mind like Zimmer around his program.

Meanwhile, Zimmer is looking forward to working with Sanders as he enters his third year as a head coach at Jackson State. So far, he has been impressed with the results that Sanders has generated during his short time with the program.

“He can open up so many doors for these young men, but I’m extremely impressed with the way he’s teaching them about life and not just football,” Zimmer said.

“I think the sky is the limit [for Sanders],” he added. “If some people would donate to him and his football program, there would be no stopping him. He would be competing with the Georgias and Alabamas and everybody around the country.”

Zimmer was an NFL head coach for eight years with the Vikings. He finished his career with a record of 72-56-1 and never logged a season with fewer than seven wins.

Below is a year-by-year breakdown of his results with Minnesota.

Certainly, Zimmer had plenty of success during his time as an NFL coach; he just never quite got his team over the hump. He posted a record of just 2-3 in the postseason and only took the Vikings as far as the NFC Championship Game once.

Those marks are solid, but the Vikings wanted to up their ceiling. Thus, they hired O’Connell.

MORE: Inside the stats of the “win-win” Stefon Diggs for Justin Jefferson trade

Zimmer has a net worth of $12 million, per CelebrityNetWorth.com. He wasn’t among the 10 highest-paid coaches in the NFL during the 2021 NFL season; his reported salary of $4 million annually would put him on par with what Broncos rookie coach Nathaniel Hackett is earning in 2022 as the 18th-highest-paid coach in the league.