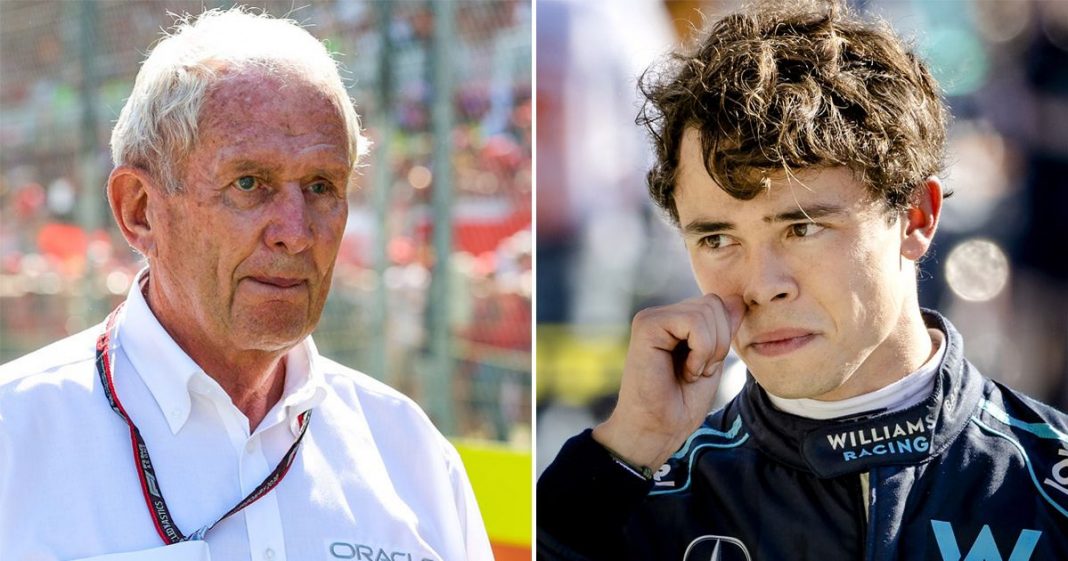 Nyck de Vries admitted he doesn’t have the ‘luxury’ of choosing an F1 team for next season despite appearing to have three options on the table.

The 27-year-old has confirmed having a meeting with Red Bull boss Helmut Marko in Austria this week with AlphaTauri emerging as a potential destination for him in 2023. However, he says that Williams would be the ‘logical step’ having made his F1 debut for the manufacturer while he has also been in contact with Alpine.

The Dutch driver stepped in for Williams at the Italian Grand Prix after Alex Albon was forced to withdraw due to appendicitis. After finishing ninth and earning two championship points, the Red Bull stable have shown their interest.

It was reported yesterday that AlphaTauri were ‘very close’ to signing the Dutch driver, who has now confirmed speaking to Red Bull adviser Marko.

Speaking to Dutch TV show Humberto op Zaterdag, De Vries said: “I don’t quite know if I’m in such a luxury situation that I can choose.

“Largely, that is beyond my control. I have been in talks with Williams for a long time and I was also able to make my debut there last weekend. That would be a logical step.

“Alpine I have been in contact with since July, and I will test for them in Budapest next week. I will fly there on Monday. And as the media had noticed yesterday, I went to Austria to meet Helmut Marko. Those are the facts.”

Red Bull would be keen to sign De Vries to their development outfit, AlphaTauri, after seeing their move for American racer Colton Herta collapse.

Herta was fancied to race for AlphaTauri next season but hasn’t got the required points for a superlicence. Pierre Gasly has been heavily linked with a move to Alpine, but has a year left on his contract with the development team.

It is believed that Red Bull would let him complete the move if they found a suitable replacement, and De Vries could be that man.

Williams were considered to be front runners and De Vries himself says they are the ‘logical step’ as they seek a replacement for Nicholas Latifi.

Alpine also have him on their shortlist of candidates to partner Esteban Ocon next year if their move for Gasly breaks down.

De Vries is one of four drivers who have been selected to test for Alpine in Budapest later this month – joining Herta, development driver Jack Doohan and Antonio Giovinazzi, who was let go by Alfa Romeo last year.