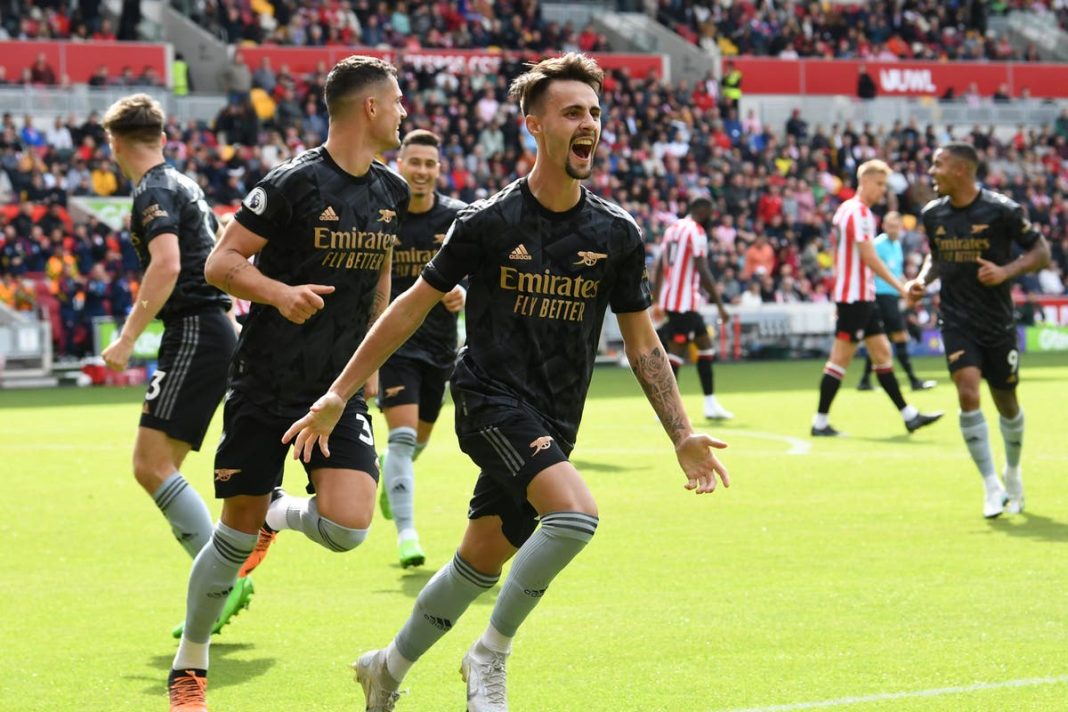 Fabio Vieira hopes his goal at Brentford will be the first of many as an Arsenal player.

After a frustrating start to his career with the club as a result of injury following a £34m move from Porto, the midfielder made up for lost time with a fine finish to cap off a brilliant 3-0 win for Mikel Arteta’s side on Sunday.

“I’m really happy, of course, to score my first goal with this club,” the Portuguese midfielder told Arsenal.com.

“We’ve started this season really well and we need to keep doing this.

“Everybody plays, everybody knows what they have to do on the pitch and we need to keep doing this.”

Arsenal were back at the scene of their dismal 2-0 opening-day defeat last season which pre-empted their worst start to a campaign for 67 years.

But they are a different animal this term and proved it with an organised, inventive display and three well-taken goals from William Saliba, Gabriel Jesus and Vieira.

The Gunners took the lead in the 18th minute, Saliba’s glancing header from Bukayo Saka’s corner bouncing in off the inside of the far post.

Ten minutes later Jesus doubled the lead with another header, this time from a neat chip into the box from Granit Xhaka, before Vieira’s flourish put the seal on a clinical victory.

Brentford had put four past Manchester United and five past Leeds at the Gtech Community Stadium in recent weeks, but they could not lay a glove on Arsenal with England new boy Ivan Toney an isolated presence in attack.

“It was a difficult game, I just feel like we didn’t get going,” said defender Ben Mee.

“But fair play to them, they are a good side. But it’s the first time this season we’ve felt like that, overrun, and not been on par like we normally are.

“It happens sometimes, but we’ve got a break now to look at it and we’ll go again.”