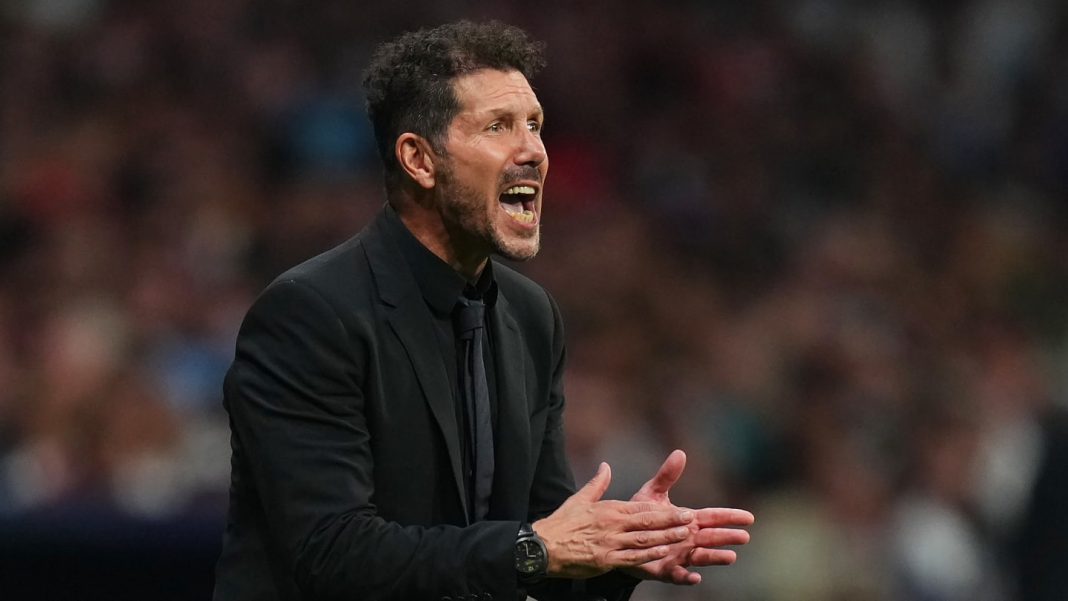 Diego Simeone labelled Real Madrid’s tactics in Sunday evening’s derby as ironic after years of Atletico Madrid being criticised by their neighbourhood rivals for employing a similarly conservative style of play.

Atleti had more shots on goal and more possession of the ball in the Madrid derby, but fell to a 2-1 defeat to their clinical inner-city rivals at the Wanda Metropolitano thanks to goals from Vinicius Jr and Federico Valverde.

Speaking after the game to Marca, Simeone was quick to point out that the tactics adopted by Carlo Ancelotti in the game – a low block and counter-attack – was ironic considering the criticism he has previously received from Real Madrid for such a gameplan.

“I am left with the feeling of not having lost the bulk of the game despite [the] result. Their forcefulness is wonderful to see, a team that defends in a low block, and counterattacks,” Simeone quipped. “It reminds me of the team we had with Diego Costa, when they criticised us back then!

“The players gave everything, they gave themselves to the game. [Real] produced a very good direct game, a quick transition from defence to attack, forcefulness, well drilled defensively. They played well, and took advantage of their chances…It is a great job by the Madrid coach.

“They counterattack with significant speed beyond the talent they have. But I think we always tried not to leave the game and in the second half we improved our intensity. When Cunha and Morata came on, they gave a little more life. But if against Madrid you don’t have intensity….”

When asked about Simeone’s comments, Los Blancos coach Carlo Ancelotti shrugged of what the Argentine said as no more than a complement.

Player ratings from the Madrid derby between Atletico Madrid and Real Madrid at Wanda Metropolitano in La Liga.

Preview of Atletico Madrid’s La Liga meeting with Real Madrid in the derby, including how to watch on TV, live stream, lineups and prediction