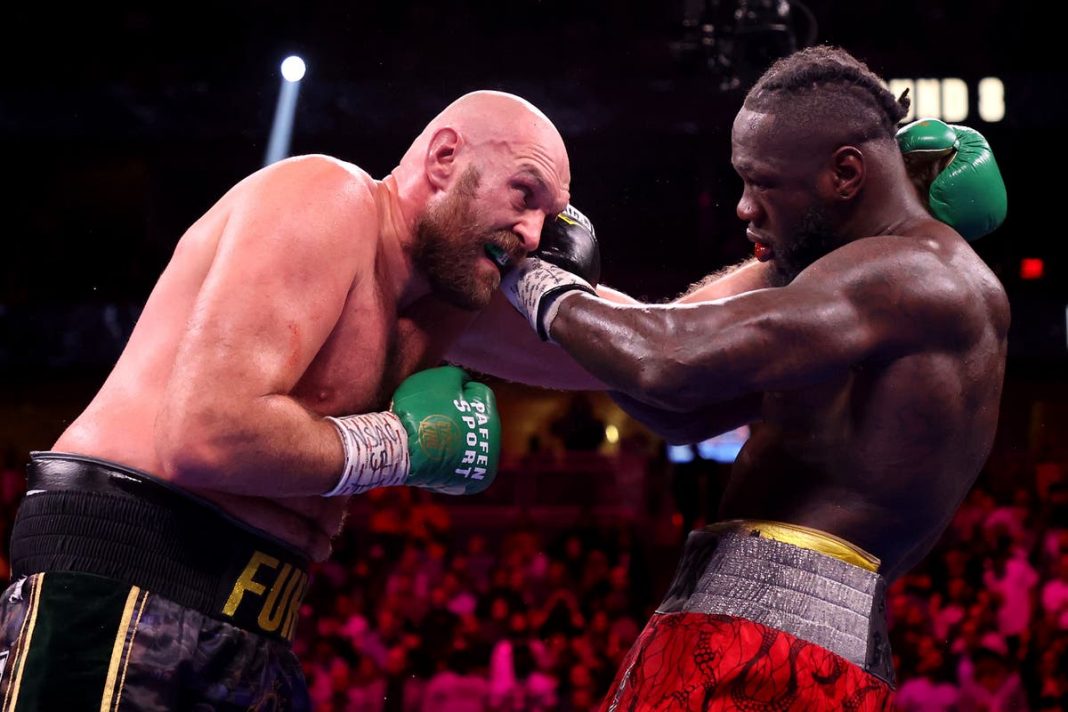 Deontay Wilder has once again claimed Tyson Fury cheated to beat him, confirming the ill-feeling still runs deep almost a year on from their third fight.

The pair first fought for Wilder’s WBC title in December 2018, with the bout scored a draw, before Fury won the belt nearly a year later as he stopped the American when the towel was thrown in during the seventh round of the rematch.

In the aftermath of that fight, Wilder blamed his heavy costume for the ringwalk for sapping his energy, while also hitting out at cornerman Mark Breland for putting a stop to the fight. He took issue with Fury’s gloves too, insisting they had been loaded.

The triology bout was one of the greatest heavyweight fights of all time, with Fury knocked down twice before stopping Wilder in the 11th round to retain his belt in thrilling fashion.

The American has continued to accuse Fury of being a cheat though, despite that seemingly definite end to the rivalry, and he has shown no interest in going back on those claims. Wilder claims he did not report Fury and his gloves because he wanted the chance “to kill him” instead.

“I stand by everything,” Wilder told Last Stand Podcast.

“It’s crazy and sad that business had to be conducted in certain manners to rob a person from his greatness, but in reality it only made that greatness higher.”

Earlier this month, he told FightHype: “I don’t condone cheating and s*** like that. I know that, no matter what people say.

“People and analysts say, ‘If he did have something in his glove, why did you not go to the authorities?’

“I wish I was in front of them. I would grab their collar and put them close to my face so we can be eye-to-eye, face-to-face, so much that my breath would touch their face.

“And I would tell them, ‘Why the f*** would I go to the authorities when I have an opportunity to release my own energy and put my hands upon him and the possibility of trying to kill him and get paid millions of dollars doing it?’”

Wilder has not fought since that third fight with Fury, but returns next month for his first bout in over a year as he faces Robert Helenius in New York.

The focus for Fury is seemingly on fighting Anthony Joshua later this year, and should he come through that an undisputed bout with Oleksandr Usyk in 2023, but Wilder believes a fourth instalment of their rivalry will take place.

“Most definitely,” Wilder responded when asked if he wanted to face Fury again.