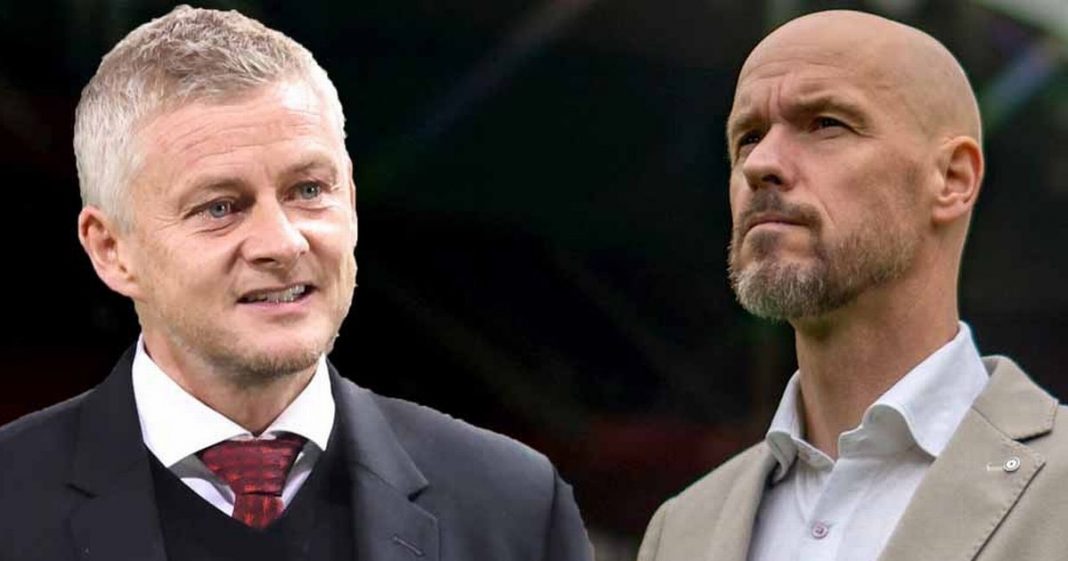 The Reds went three decades without winning England’s top flight before Jurgen Klopp finally led them to the summit in 2020, which was Solskjaer’s first full year at the helm at Old Trafford. The Norwegian has since been axed, but his comments about United’s arch rivals have only piled the pressure on Erik ten Hag.

Hired in the summer, the Dutchman is the latest man tasked with leading United back to the top after their fall from grace following Sir Alex Ferguson’s exit. It has been almost ten years since a Premier League triumph whilst it will soon be six years since the club won any silverware.

Solskjaer was adamant back in 2020 that he couldn’t see those on the red half of Manchester experiencing the type of wait that occurred on Merseyside. He claimed: “That’s what we’re working hard to make sure doesn’t happen.

“And let that be a lesson for us that we can’t let ourselves go another 24 years until we win the league and I’m sure we won’t. I believe in this club, I believe that we are rebuilding now, we’ve started something that’s going to take a little bit of time but we’ll get there.”

Solskjaer was ultimately unable to finish the job he started as he was axed last winter – with a 5-0 defeat at home against Liverpool contributing to his downfall. Ten Hag has already seen off the Reds earlier this season in a game that saw him pick up his first win as boss.

United are by no means fancied to win the title this term, with neighbours Manchester City the favourites to retain their crown. Other clubs are also seen as further on in their development with Ten Hag’s era still in its infancy.

The Dutchman though has said previously that all dynasties and periods of dominance come to an end eventually and is confident he and United will eventually rise to the top. He said in his first press conference: “I admire them both. They play, in this moment, really fantastic football, both Liverpool and Manchester City. But you will always see that an era can come to an end.”

He also claimed: “What we are thinking about is that this is a project, which I know always takes time, but I know that in this club – and I have experience with other clubs like Ajax and Bayern Munich – we want to win. We want to win every game, so we go from game to game and then we will see.”