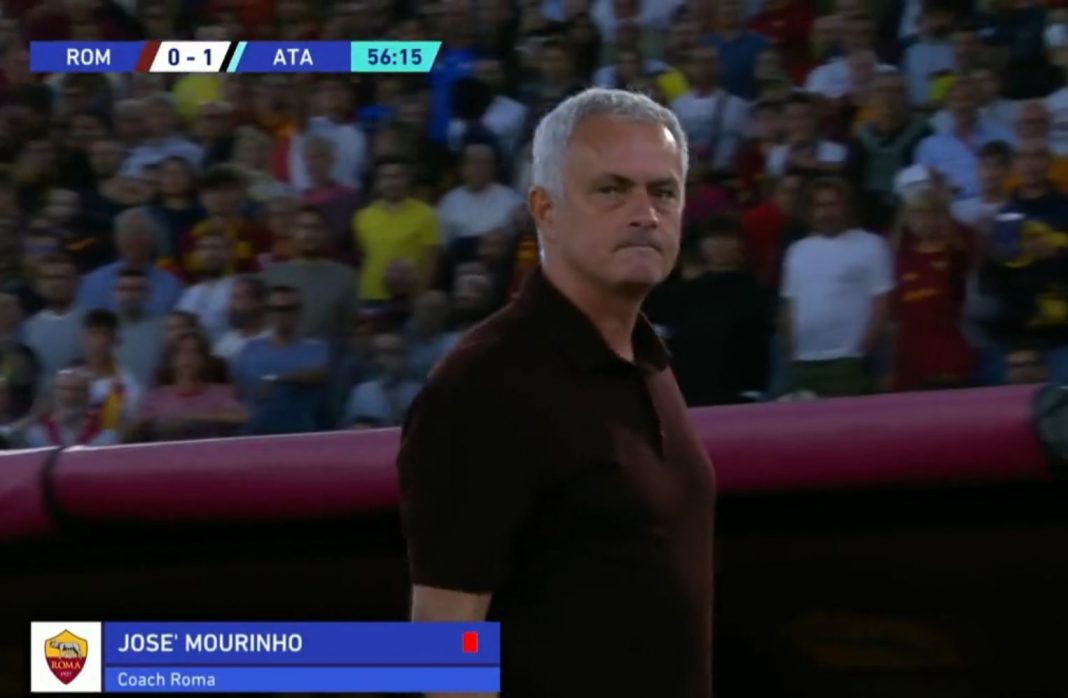 Jose Mourinho’s Roma were defeated 1-0 by Atalanta earlier today in a match that saw the Portuguese coach sent off for protesting with the referee.

The defeat sees Roma drop to sixth place in the table whilst the three points for Atalanta puts them top of Serie A.

During the second half of the clash, the former Chelsea boss was sent off after running onto the pitch to protest with the referee after the Roma boss felt that his side should have had a penalty following a foul on Nicolo Zaniolo.

This is not the first time Mourinho has argued himself into the referee’s book, one of the many characteristics people love about the legendary manager.

Jose Mourinho has been SENT OFF at the Stadio Olimpico ?

The Roma boss is given his marching orders after protesting against the referee’s decision not to award his side a penalty. pic.twitter.com/lliYiR62t4