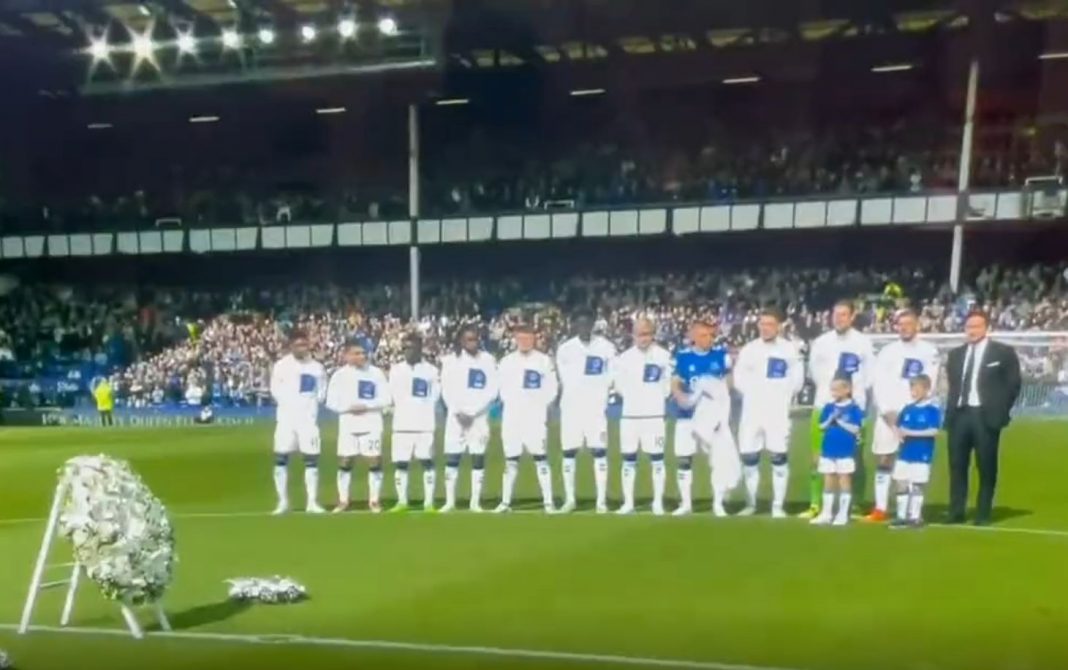 Frank Lampard’s side were totally deserving of the three points in what was a frantic match for the most part which also saw new signing Neal Maupay score his first goal in a blue shirt.

The victory lifts the Merseyside club away from the relegation zone and one fan, in particular, enjoyed her afternoon at Goodison Park.

During the pre-match tributes to The Queen, Everton’s Mykolenko noticed that one of the mascots for the game was cold and showed himself to be a class act by giving the young girl his jacket.

This was a beautiful moment and the girl now has a special souvenir to mark the occasion.