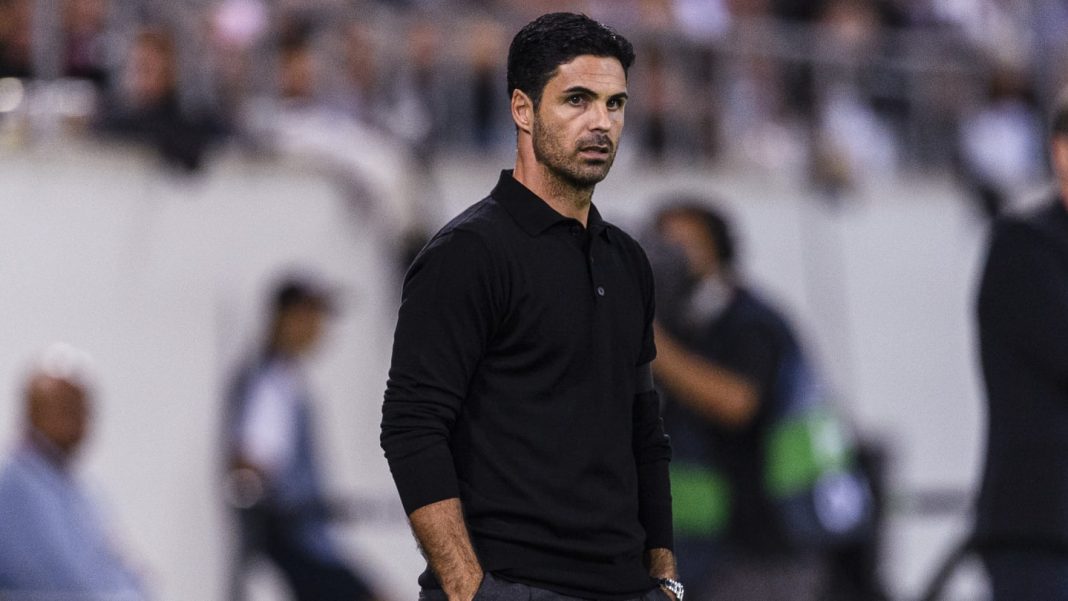 From Gtech Community Stadium – Arsenal have named 15-year-old midfielder Ethan Nwaneri on the bench for their trip to Brentford on Sunday.

The Gunners are relatively light in midfield having lost Mohamed Elneny to injury recently, while Thomas Partey has only just returned to full fitness.

Club captain Martin Odegaard has picked up a knock and is absent from Sunday’s clash with the Bees, but Mikel Arteta has named highly-rated teenager Nwaneri in his matchday squad after it was reported earlier this weekend that he would travel with the team.

Nwaneri, who was born a few months after the Emirates Stadium opened, would become the youngest player in Premier League history should he come off the bench.

Liverpool starlet Harvey Elliott is the current record-holder, making an appearance for Fulham aged just 16 years and 30 days in 2019.

Nwaneri only made his debut for Arsenal’s Under-21s earlier this month but has clearly left a lasting impression on Arteta and his coaching staff.

Elsewhere in the squad, Fabio Vieira makes his first start in the Premier League following Odegaard’s injury, while Partey has been thrown straight back into the midfield alongside Granit Xhaka. He replaces Albert Sambi Lokonga from Arsenal’s 3-1 loss at Manchester United.

Preview of Brentford’s Premier League meeting with Arsenal, including how to watch on TV, live stream, lineups and prediction.

Arsenal are considering a move for a free agent midfielder & ex-Lille man Xeka has been offered to the club.