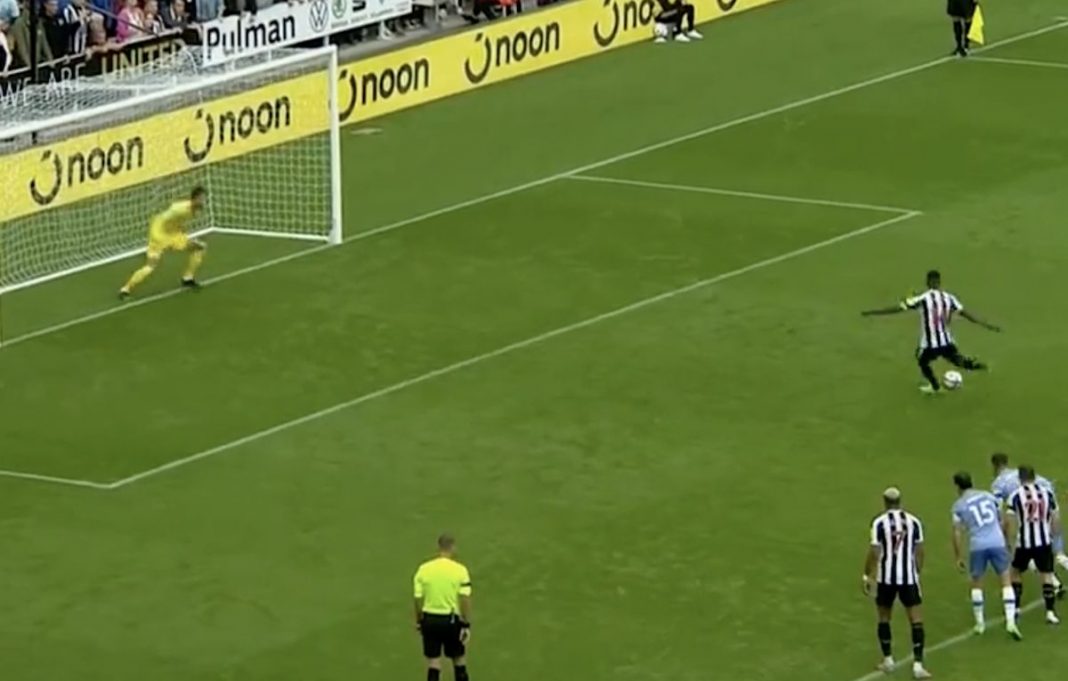 Despite falling behind in the game’s second half, Newcastle United have drawn level against Bournemouth.

Phillip Billing gave the Cherries the lead just after the game’s hour mark.

However, following a handball inside the Magpies area just five minutes later, referee Craig Pawson, who was called over to the VAR’s pitchside monitor, was quick to point to the spot.

MORE: Spurs vs Leicester City confirmed lineups: Lenglet starts over Romero, but no Son or Vardy

The pressure to convert fell on the shoulders of club record signing Alexander Isak, who stepped up and drilled the ball beyond goalkeeper Neto.