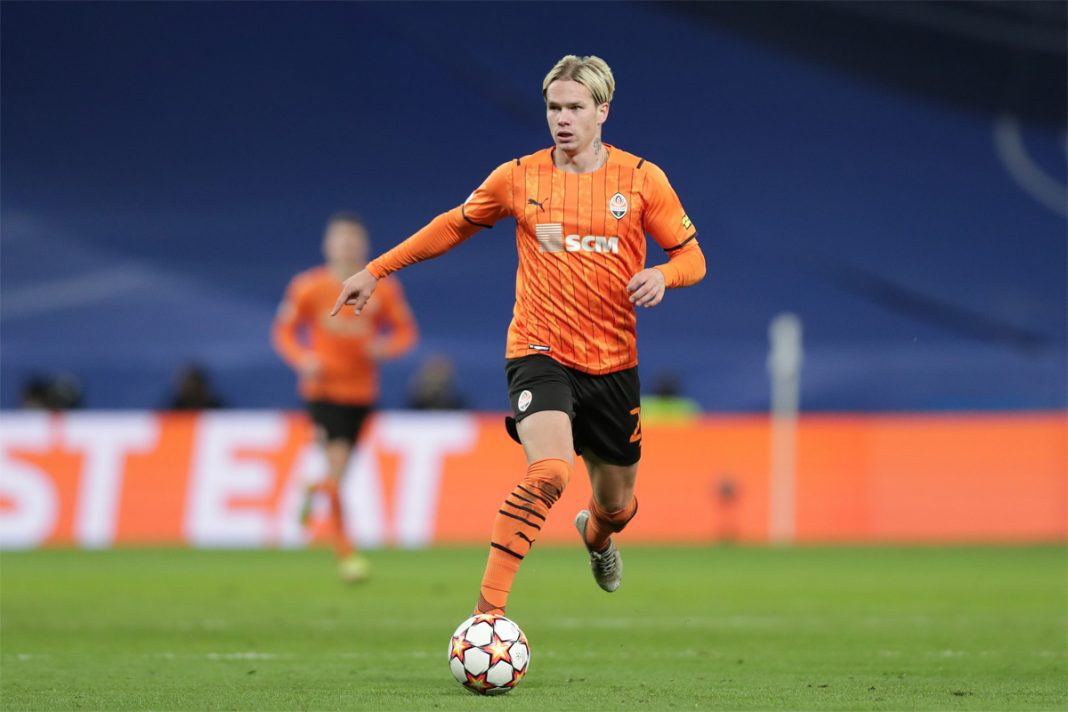 Mudryk has quickly emerged as one of the brightest young talents in Europe. The Ukrainian possesses devastating pace which he’s shown in both his home country and in the Champions League.

Arsenal have been linked with Mudryk in recent months, as per Football Insider, but they could now face some difficult competition to secure his signature.

According to Fichajes, Real Madrid keeping tabs on Mudryk and has already caught the attention of some of their scouts.

His performances in the Champions League will have understandably caught the eye of some of the biggest clubs around Europe, and it wouldn’t be a surprise to see more clubs enter the race to secure his signature.

Fabrizio Romano has also spoken to CaughtOffside via his Substack column about Everton having a €30m bid rejected for Mudryk during the summer.

The Ukrainian club are confident they will be able to secure a larger transfer fee for the young talent, and a bidding war could commence if more clubs enter the race.