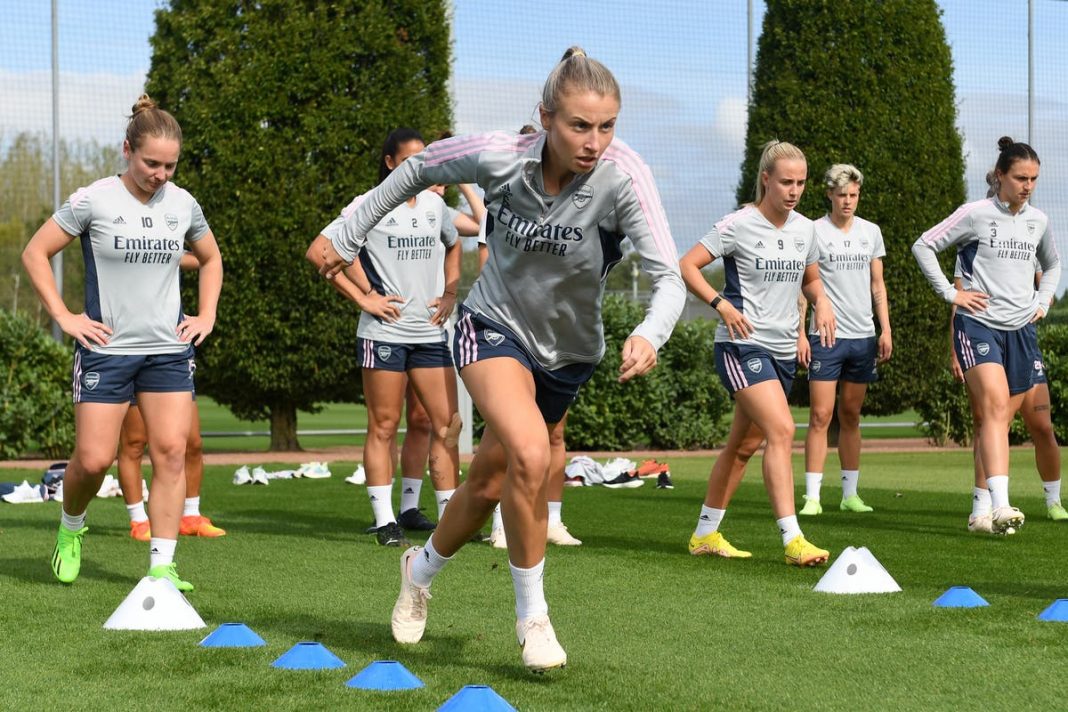 Williamson led England to glory this summer on home soil, with the Lionesses claiming their first-ever major trophy in women’s football.

The centre-back (right) is now turning her attention to domestic matters, as Arsenal kick off their Women’s Super League season against Brighton tonight.

Arsenal lost the title on the final day of last season, with Chelsea pipping them to first place by one point, and Williamson is determined to finish on top this time.

“It came down to the wire and we missed out by the finest of margins, it hurt me a lot and I think it tired me,” she said.

“Going to the Euros, the closer you get to the final, the more you realise if it’s not successful you have to do that all again to even have a shot at winning. To be successful has given me a bit of fire back in my belly before the season and now I’m looking forward to starting a new journey, so to speak.

“I’ve got my motivation back and once you get a taste of winning, you obviously want more.

“We want to be winning things. Being so close to the League last season, obviously we are chasing that and the Champions League is the big one.”

Arsenal’s clash at Boreham Wood tonight is a sell-out, with around 3,400 fans expected to attend.

The Gunners, like many WSL clubs, have noticed a boom in ticket sales off the back of Euro 2022 and next week’s north London derby at Emirates Stadium has sold 45,000 tickets.

“We won the final game [of Euro 2022], so in terms of doing everything we could to help the women’s game, we did,” said Williamson.

“We gave everything we had and were successful. That’s the role of not just the fans but those working in women’s football. We all have to be as motivated as each other to take advantage of what happened.

“That Euros fever is still very much alive and I hope it’s not just going to be a summer thing. It’s up to us within the game and those working around it to make it visible.

“It’s about making it as much an experience as the summer was so people want to come week-in-week-out and we keep those attendances as high as possible.”