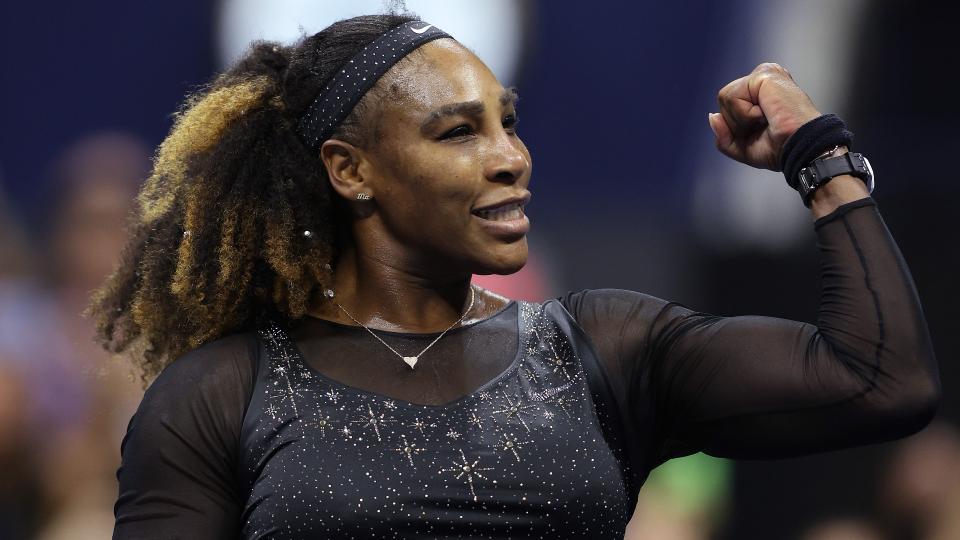 The dust has settled on the last Grand Slam of the year with two rising stars of the game reigning supreme on the hard courts of Flushing Meadows. For Iga Swiatek, the win in New York was her third Grand Slam title and she proved herself as the next dominant force on the WTA Tour.

Now with all eyes focused on the WTA Tour Finals, the WTA Tour and wider sporting world need to come to terms with the fact that we may no longer see Serena Williams grace the largest stages in the sport.

Williams hasn’t officially retired but it’s widely believed that this year’s US Open was to be her last major tournament.

Tennis will continue to move on and many of the largest upcoming events will change the current US stream sports trends.

However, here we take the chance to reflect and look back on some of Williams’s most iconic career moments.

The rise of both Serena and Venus Williams has been well documented, with both rising to the top of the game from very humble beginnings, but it was clear from a very young age that out of the two sisters it was Serena who was going to be the more dominant player. Since turning pro in 1998, success would swiftly follow and she would win her first Grand Slam title in 1999 aged just 17. In a sign of things to come Williams beat then world number 1 Martina Hingis in straight sets, announcing herself to the world as major force in the game.

Following William’s first Grand Slam victory in 1999, it would be almost three years before she would taste success in the Grand Slam arena again. That victory would arrive at the 2002 French Open, where she beat sister Venus in the final.

That win would move Serena up to second in the world rankings and one of the main contenders for the 2002 Wimbledon title. Williams would once again prove her class and go on to win the tournament without dropping a single set. She would once again beat her sister in the final.

Serena would then move onto New York whereas the number one seed in the tournament, she would win her third consecutive major, once again beating Venus.

Williams arrived at the 2003 Australian Open with the hope of winning her fourth consecutive title. Williams had never advanced past the semifinals but put the record straight with a victory in the final over – yes you guessed it, her sister Venus. Williams became only the fifth player in WTA history to hold all four Grand Slam titles simultaneously.

Aside from the vast array of Grand Slam titles Williams has won, Serena can also lay claim to the fact that she is one of the most successful tennis Olympians of all time. In fact, both her and her sister Venus are the only players to have ever won four Olympic gold medals.

In the latter stage of her career Serena focused solely on the Grand Slams and would often finish her season at the US Open. Despite Williams not paying a great deal of attention to the end of season finals, she has won the tournament five times, putting her second on the all-time list.

Arguably one of the most impressive factors of Williams’ career was her ability to consistently compete at all four Grand Slams.

She holds numerous Grand Slam records, which includes winning six US Opens (tied for all time), seven Australian Opens (leading all time) and eleven Wimbledon finals (second all time). The French Open is where Williams struggled the most during her career but she still was able to win the tournament three times.

No career can be full of positive moments, and there were a few moments in Serena’s career that made the news for the wrong reasons.

In the 2018 US Open Final, Williams lost to Naomi Osaka. She accrued three code violations from umpire Carlos Ramos. With Williams vehemently denying the allegations that she was being charged with, she accused Ramos of being a cheat. The atmosphere got so raucous, that the boos were heard during the presentation, causing Osaka to burst into tears as she was handed the trophy.

This wasn’t Williams’s first encounter with the tennis authorities. In the 2010 US Open semi-final against Kim Clijsters, Williams was accused of committing a foot fault. With the call coming at a crucial point, Williams lost the plot, verbally abusing the lineswoman and causing one of the most aggressive outbursts we have ever seen. Fortunately, she wasn’t  disqualified, but she would go on to lose the match.

2013 is arguably Serena’s best year, and she was at the height of her power. 2013 was an incredibly financially lucrative year for Williams, with the American superstar earning $12.4 million. That amount of prize money accrued in just one year is still a WTA record that holds firm today.

The highest paid female athlete on the planet

Carrying on the topic of money, and between the years of 2016 – 2019, Williams topped the list of female athletes by being named the richest female sports star on the planet.

Despite her time on the court coming to an end, in 2021 Williams still proved to be a popular draw and the American earnt a whopping $41.5 million, placing her 28th on Forbes list of the highest paid athletes in the world.