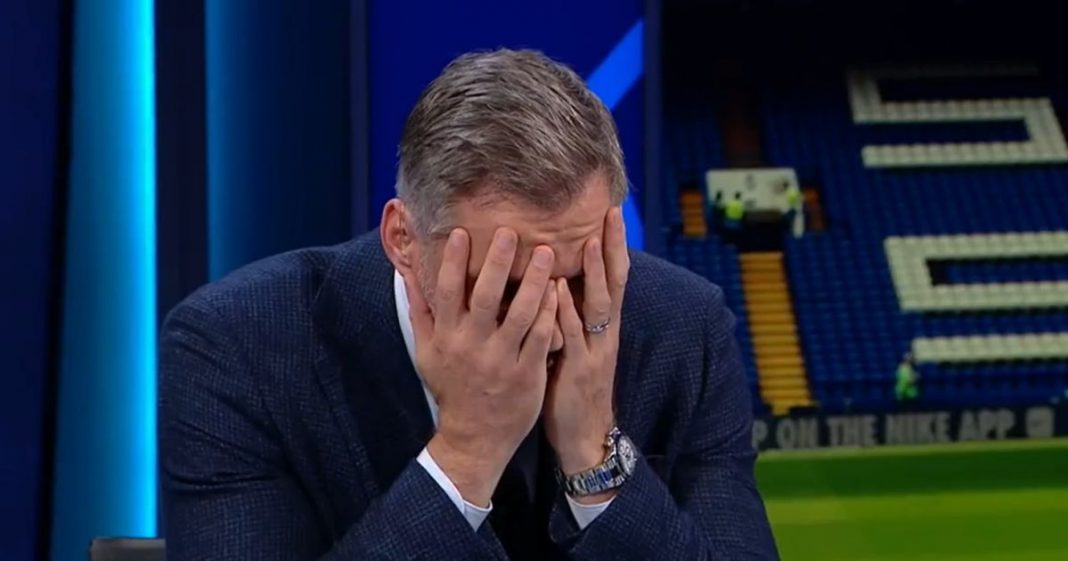 Jamie Carragher was left with his head in his hands in his criticism of Chelsea owner Todd Boehly’s idea for an All-Star game.

US tycoon Boehly, Co-owner of the LA Dodgers baseball team, says it could raise millions for the football pyramid. Boehly suggested on Tuesday that players from all clubs could come together to play in two regional sides, as they do in several US sports, with the money potentially going to help clubs further down the pyramid.

However, it has received somewhat of a backlash, including from the Professional Footballers’ Association. The PFA had poured cold water on the idea due to a lack of available time for matches, following strong criticism from pundits such as Gary Neville along with Graeme Souness criticising the thought process behind the suggestion.

Boehly, speaking at the Salt conference in the United States, had said: “Ultimately, I hope the Premier League takes a little bit of a lesson out of the American sports teams and really start to think about why don’t we do a tournament with the bottom four teams.

“People are talking about why don’t we have more money for the pyramid? MLB did their All-star game this year. They made $200m from a Monday and a Tuesday, you could do a North vs South all-star game from the Premier League to fund the pyramid very easily.”

The idea drew fresh criticism among the pundits on CBS Sports for Wednesday’s Champions League coverage. Thierry Henry said that he objected to Boehly using the word “lesson” in his tone, while the former Arsenal striker directly said of the idea: “I don’t like them. This is Europe and it does not work like that.”

Have Your Say! What do you think about the idea of a Premier League All-star match ? Tell us what you think here.

Yet Henry’s fellow pundit Carragher was initially left speechless when he was read out the quote from Boehly, as he was left with his head in his hands. When he had finally gathered his thoughts to respond, he too criticised the tone of the statement.

Carragher said: “When I look at that statement, I think that it is incredibly arrogant. He is speaking about a league that he does not know. We should not discount ideas – the Premier League is an international league in terms of owners, managers, players, and that is what makes it the best.”

The former Liverpool defender added: “I don’t like these ideas but speaking like that – from someone who has not yet shown that he can run a Premier League club well – when you have been there for just six weeks, is incredibly arrogant. It would be the same if an English owner went over to buy an NFL team and spoke in that manner.

“There is nothing wrong with ideas, even if me and Thierry disagree with him. But to speak like that when you have been in the country for such a short time.”

Micah Richards also highlighted several flaws in Boehly’s suggestion: “When would the All-Star game be? There are too many games as it is. How do you decide who plays? What if someone gets a bad injury?”