Bengals’ 5 biggest questions for 2023, from Joe Burrow’s next contract to tough free-agent decisions 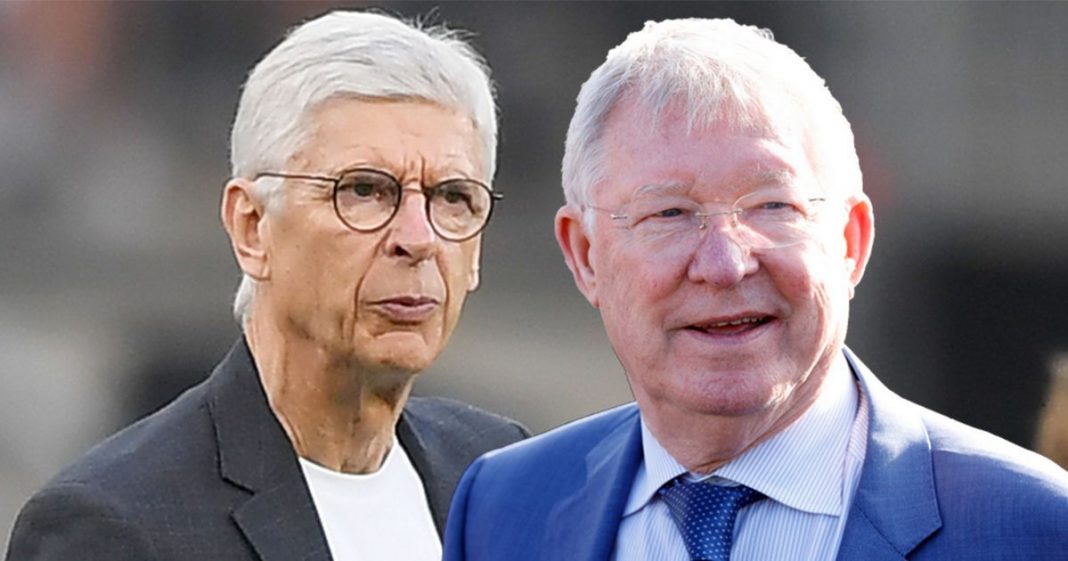 Arsene Wenger’s Arsenal exit was a particularly painful one for all involved.

Few who were fortunate enough to witness the Frenchman implement his style of football and win three Premier League’s in the process could have predicted they would one day witness planes flying over stadiums calling for Wenger to be sacked, by as the old adage goes, football, it’s a funny old game.

A man once regarded as the best around at one stage by the Gunners faithful slowly grew more and more unpopular in the eyes of some of those same fans until something had to give. Eventually, it did. In May 2018, Wenger bid farewell to the club he led for the previous 22 years.

Fast forward another four and former Arsenal chairman David Dein, a close confidant of Wenger, is calling for the Gunners to try and re-hire the seven-time FA Cup winner in some capacity. It would represent quite the U-turn from Wenger to accept that offer if it ever came, considering he hasn’t set foot inside the Emirates since the day he bid farewell as boss.

It is something that has certainly raised eyebrows. As with most painful goodbyes, time is a healer and four years on the Arsenal crowd are a lot more willing to welcome Wenger back with open arms. With that in mind, that is to welcome him back to watch a game, nothing more. There is no need for the old boss to return in a working capacity.

“He was a miracle worker, and they just let him go,” Dein explained to the Daily Mail when mulling over Wenger’s Arsenal exit. “He left in a similar way to me. I thought the club owed Arsene a duty of care, at least a discussion.

“We need a change but how do you want this to be done? Do you want to be involved? What can we do? Would you like a different role, or would you prefer to exit elegantly? You must have dialogue. It didn’t happen in my case, didn’t happen in his. And that really hurt him. I would have done it differently.

HAVE YOUR SAY! Should Arsenal try and re-hire Wenger in a new role? Comment below

“He’s an Arsenal man, 22 years at the club. Wasn’t his knowledge worth cultivating? Look at where he is now? So he’s not good enough for Arsenal, but he is good enough to be head of global development for FIFA, in charge of 211 countries. He should have been used by us surely, his knowledge, his skill, his encyclopaedic awareness of players. He’s got to be used.”

Dein, like Wenger, is an Arsenal-obsessive, but his comments read more like a fan desperate to return to the Gunners’ glory days the old manager used to oversee. Times have changed and if the ugly, drawn-out saga that was his exit proved anything, Wenger didn’t change with it.

Take Manchester United as an example, the shadow of Wenger’s former foe Sir Alex Ferguson still looms large over every single manager that has sat in the Old Trafford dug-out after him. Few could forget Ole Gunnar Solskjaer’s comments about his reluctance to park in a spot he regarded as reserved for ‘the boss’, referring to Ferguson.

Each time the Red Devils were on the wrong end of a hiding under Solskjaer, sure enough, the television cameras would be working tirelessly to find a shot of Ferguson looking down on him like a disapproving father figure.

There’s every chance that players who go on to manage clubs they used to play for still feel that burning sense of loyalty to the man they played under. Current Arsenal boss Mikel Arteta, while not quite to the same lengths as Solskjaer, is on the record with his opinion that he’d welcome his ex-manager back with open arms.

“I spoke to him when we went to see the film ( Arsene Wenger: Invincible ). It was incredibly pleasant to see him and to chat to him,” the Spaniard recalled at the tail-end of last year.

“Hopefully we can bring him close because I think he would have a great time just seeing the environment that he can create around him when he’s around this place, because of the respect, admiration and love that everybody at the club has for what he’s done and for what he represents as a person in this club.”

Pressed for comment on what kind of role Wenger would take on should he ever come back, Arteta replied: “I cannot tell you now, but what I can say is that I would like him to be much closer personally to me because I think he will be a great help.”

In fairness, Wenger has seemingly acknowledged the awkwardness surrounding any potential return, it’s the reason he has stayed away for so long.

Asked why he hadn’t gone back to a ground that he once called home, the 72-year-old told BBC Sport: “I have chosen to keep a complete distance. It doesn’t mean emotionally, just physically.

“It’s important people don’t see you as a shadow. It may look like you’re still trying to influence things and have your way. I felt that the best thing to do is cut it away.”

The reality of the situation is that Arsenal currently sit top of the Premier League after six games played and are led by a student of Wenger with a plethora of exciting young talent.

There is a new regime in place, one that has adopted some traits of Wenger’s management, but hardly needs him around to watch over Arteta’s shoulder as he finds his own way.