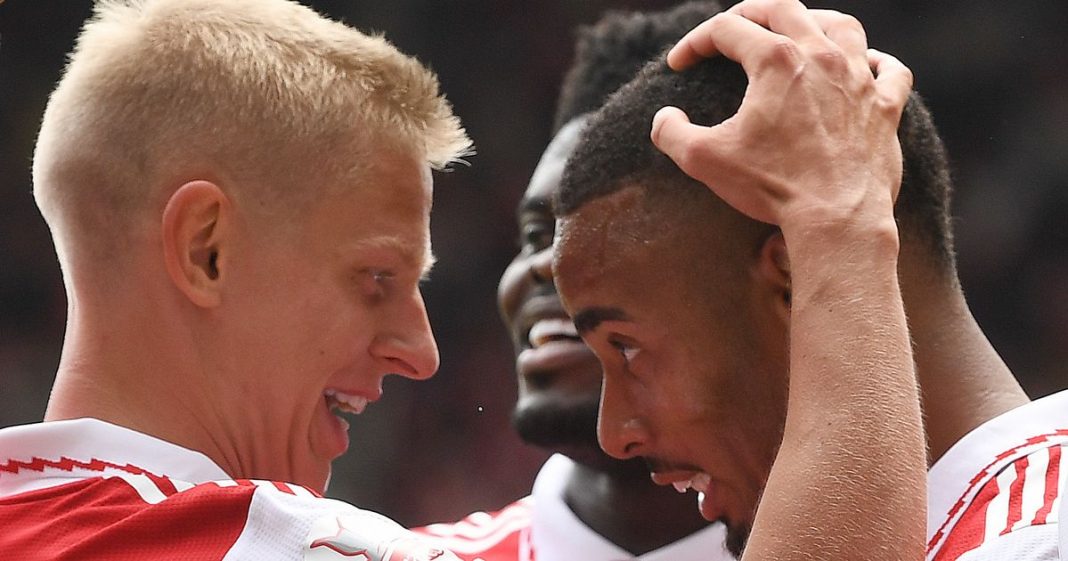 It was a quiet weekend for Arsenal after the Premier League postponed fixtures following the sad news of the death of the Queen.

The Gunners were due to host Everton but will instead wait until Thursday for their next outing, when they welcome PSV Eindhoven to the Emirates in the Europa League. Mikel Arteta’s men got off to a fine start in the competition last week, defeating Zurich 2-1 with a heavily-rotated side.

They will be out to maintain their winning start in midweek ahead of the trip to Brentford on Sunday, although there is some uncertainty surrounding the fixture.

In the meantime, kick off your week with the latest Arsenal headlines right here in one place.

Gabriel Jesus and Oleksandr Zinchenko have been named in the best XI of players to have moved to a new Premier League club this summer.

The Arsenal duo arrived from Manchester City for a combined fee of £75million and have quickly adapted to life in North London, becoming essential members of Mikel Arteta’s first-choice line-up. Jesus has been particularly impressive, returning three goals and three assists in his first six appearances for the Gunners.

The pair’s impressive displays have been reflected statistically, rewarding them with spots in the best-performing XI of newly-signed players in the English top flight.

Tavares hailed as he weighs up future

Nuno Tavares has earned lavish praise from Marseille manager Igor Tudor as he continues to excel while away from Arsenal on loan.

The left-back endured a challenging debut season at the Emirates but is flourishing in France, scoring three times in seven Ligue 1 outings. He has already expressed a desire to stay at Marseille permanently and Tudor would leap at the chance to keep him, if his latest comments are anything to go by.

“He sometimes doesn’t even realise his qualities,” Tudor said of Tavares. “It is so hard to follow him when he accelerates. If he continues at this pace, he risks tormenting more than one Ligue 1 defence.”

Did Arsenal make a mistake letting Nuno Tavares depart on loan? Have your say in the comments!

While the Premier League is set to resume this weekend, it remains to be seen whether the London derby between Brentford and Arsenal will go ahead on Sunday.

The Queen’s state funeral will take place next Monday, meaning police officers could be in short supply in the capital, without whom games cannot proceed as planned. Complicating matters further, there are growing concerns about a potential fixture pile-up, with opportunities to reschedule games already extremely limited due to the Qatar World Cup taking place across November and December.