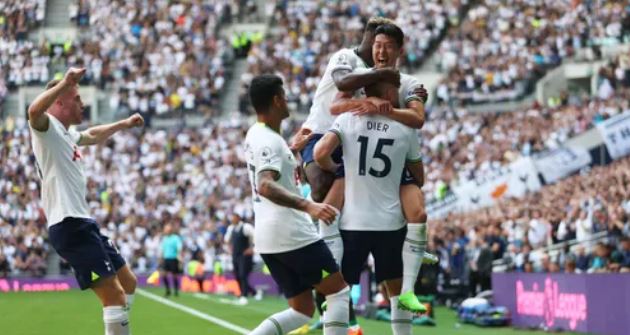 The future of Harry Kane is not fully certain after last summer’s antics but the Englishman seems a lot happier at Tottenham these days.

Kane was the subject of interest for Manchester City last summer but the move never materialised and the striker ended up staying at Spurs. The 29-year-old started off that season slowly as a result but he is now back to full strength under Antonio Conte.

Spurs fans will be hoping the club’s progress under the Italian will be enough to keep Kane at the Tottenham Hotspur Stadium as they have had a good start to the current campaign. Journalist Pete O’ Rourke believes it would be a huge boost to the London club if they can tie down the striker and if that progress mentioned earlier is made, then that will only increase the chances.

Speaking to This is Futbol about Kane’s situation, O’ Rourke said: “I think it’ll be a huge boost to Tottenham this season if they can resolve Kane’s future.

“Kane, I’m sure, will be waiting to see the progress Tottenham are making, which they obviously are making under Antonio Conte.

“If they continue to do that, it’ll only strengthen their hand that Harry Kane will sign a new deal if we continue to see Spurs pushing forward and challenging for silverware.”

Kane is undoubtedly Tottenham’s best player and if they are to close the gap to Manchester City over the next few years, it is critical that the England star stays with the club.