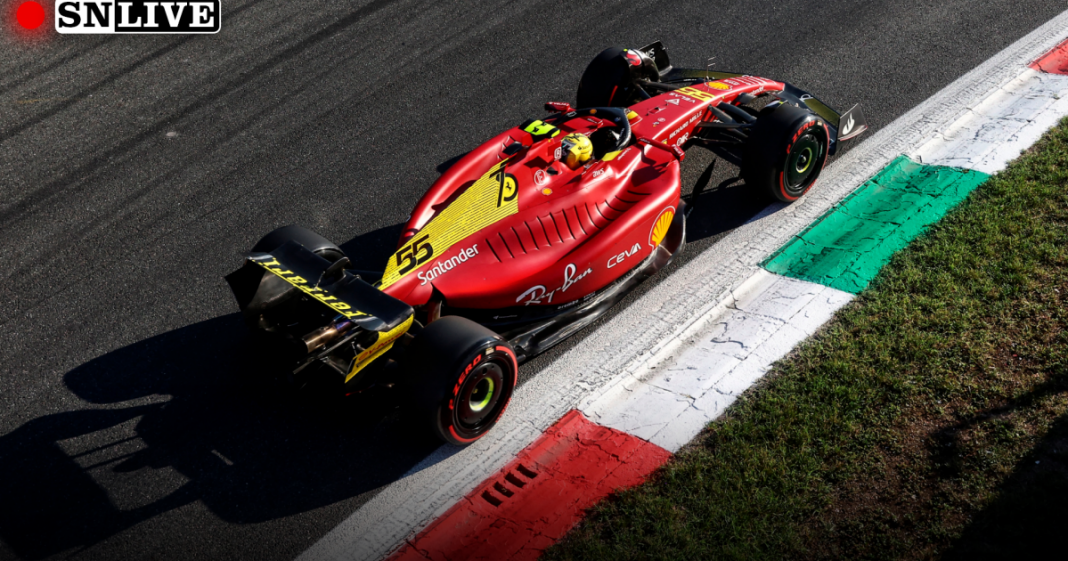 Red Bull’s Max Verstappen will embark on writing his name into the Formula One history books as he goes for his fifth race win in succession at the 2022 Italian Grand Prix this weekend.

After taking wins in France, Hungary, Belgium and last weekend at home track Zandvoort in the Netherlands, the Dutch driver will be looking to become just the eighth different driver in the sport’s history to record five straight victories.

The most recent driver to complete that feat was Mercedes’ Lewis Hamilton back in 2020, though the British driver’s reactions left a lot to be desired when Verstappen passed him on the safety car restart to claim victory last weekend.

Regardless, his and teammate George Russell’s pace in the Netherlands proved a wake up call for their rivals and both will be expected to challenge at the top of the order in qualifying for the 2022 Italian Grand Prix on Saturday.

Ferrari will also be hoping to receive a homecoming boost in Monza after a string of high profile strategic errors have left them vulnerable to a Mercedes attack in the constructors championship. Both Charles Leclerc and Carlos Sainz have held the upper hand in free practice so far this weekend but it’s yet to be seen if they can challenge for pole position around this famous track.

The ‘Prancing Horse’ cars will also be wearing a one-off special yellow highlighted livery for the race as they celebrate 75 years in the sport.

No red without yellow 💛

MORE: Which driver has the most wins in F1 history? Top 10 with most victories in Formula One

45 minutes to go: Well I guess there’s only one place to start this race weekend and that’s with the very long list of penalties that drivers are taking for the race on Sunday as listed below:

As such, there’s definitely a feeling around the paddock here in Monza that it’s Charles Leclerc’s race to lose unless something goes terribly wrong in this afternoon’s qualifying for Ferrari..

1 hour to go: F1 returns for a third successive weekend as Max Verstappen looks to make it five victories in-a-row at the famous Italian Grand Prix held at Monza. Stay tuned as we bring you all the latest from today’s qualifying!

In case you missed it, there was a late change in one of the Williams’ cockpits as Alex Albon has been deemed unfit to race this weekend by doctors due to a bout of appendicitis. The team’s reserve driver Nyck De Vries will therefore take the wheel for his first ever F1 qualifying and subsequent race.

Following on from this, we can confirm that the team’s Reserve Driver Nyck de Vries will drive in place of Alex for the remainder of the Italian Grand Prix weekend. Alex is in good spirits and the team wishes him a speedy recovery.#WeAreWilliams #ItalianGP pic.twitter.com/4tgyGBD0BU

What channel is the F1 race on?

The ESPN family of networks will broadcast all 2022 F1 races in the United States using Sky Sports’ feed, with select races airing on ABC. You can also stream Formula 1 races live in the U.S. with fuboTV, which offers a free trial.

ESPN Deportes serves as the exclusive Spanish-language home for all 2022 F1 races in the U.S.

What time does the F1 race start?

Sunday’s 2022 Italian Grand Prix is scheduled to start at 3 p.m. local time. Lights out will likely take place just after 9 a.m. ET. ESPN’s prerace show typically airs in the hour before the start of the race.

Below is the complete TV schedule for the weekend’s F1 events at the Dutch Grand Prix. All times are Eastern.

For those who do have a cable or satellite subscription but won’t be in front of a TV, Formula 1 races in 2022 can be streamed live via phones, tablets and other devices on the ESPN app with authentication.

There are 22 scheduled events on the F1 docket for 2022, one race shy of tying the mark for longest F1 calendar.

The season started in Bahrain on March 20 and will end with the customary Abu Dhabi Grand Prix, although a bit earlier than usual, in November. If the schedule stands, this will be the earliest end of the Formula 1 season since it ended on Nov. 4 in 2013.

Returning to the 2022 F1 slate are the Canadian and Japanese Grand Prix, both of which were canceled in 2021 amid fallout from the coronavirus pandemic.

The calendar also holds the maiden voyage for the Miami Grand Prix, the first of two races in the United States in 2022, with the customary United States GP taking place in October.

The Russian Grand Prix, originally scheduled for Sept. 25, was canceled because of the ongoing conflict between Russia and Ukraine.

How to watch Formula 1 in Canada

For fans in Canada, TSN will carry the English-language telecast of races. For those looking for the French-language broadcast, RDS will have you covered.

How to watch Formula 1 in the United Kingdom

Viewers in the United Kingdom can catch all F1 action on Sky Sports F1, the dedicated F1 channel. For viewers planning to live stream F1 in 2022, you can purchase a Sky Sports Pass on NOW TV.

How to watch Formula 1 in Australia

Fox Sports will carry all races in Australia, with Channel 10 broadcasting the Australian GP.