Spurs: Gil could be Conte’s own Neymar 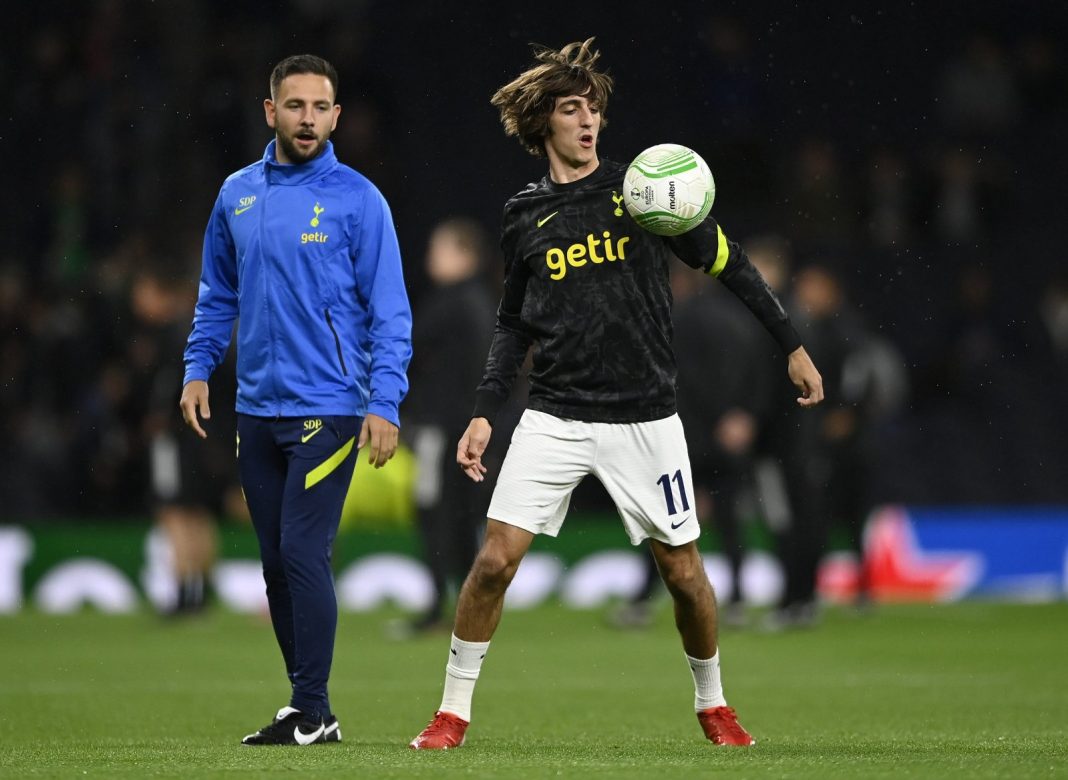 Tottenham Hotspur boss Antonio Conte could have his very own Neymar Junior right under his nose in north London.

Young winger Bryan Gil failed to secure a last-minute loan move away from Spurs during the summer transfer window and following his return from injury, he could be in line to feature for the Italian over the coming weeks and months.

Heading into the winter World Cup in Qatar, the Premier League side have a hectic fixture list, thanks to their involvement in the Champions League, where they began their Group D campaign with a 2-0 win over Marseille on Wednesday night.

Gil was amongst the substitutes for only the fourth time this season.

After joining in a £21.6m move from Sevilla in July 2021, the Spain U21 international has found game time hard to come by, leading to a temporary stint at LaLiga rivals Valencia during the second half of last term.

Will Gil make it at Spurs?

Indeed, the 21-year-old has only played 20 times for Spurs, in which just seven outings have been starts, though none have come in the Premier League.

The 5 foot 9 dynamo has been touted to do some pretty big things in the future – football.london reporter Alasdair Gold has tipped him to fill the Christian Eriksen void one day, whilst also claiming that some view him as a Luka Modric type.

“I think we’re going to see a very talented young player coming to the fore. He’s kind of got a bit of everything: he can pass, he can dribble, he’s very creative, he has clever movement,” he said on his podcast.

“They’ve just got to decide, is he a guy that can ultimately become the new Eriksen, because the more and more I watch him play, I think the ability’s there to do that.

“Some have even made a Modric comparison and said, maybe he could end up coming even deeper and becoming that kind of player.”

But given the bulk of his career appearances to date have come out on the wing, it’s the comparisons to Neymar that could hold the most value.

“[Gil] is right now the best player in Spain and I compare him with Neymar,” once claimed FC Barcelona scout German Vaya Ballabriga (via football.london). “He is so versatile, he can play at full-back, through the middle, on the left wing. He’s impressive.”

In just nine Premier League outings for Spurs, the Spaniard averaged 2.1 key passes per 90 and over the course of his career to date, he has also averaged 2.5 successful dribbles per 90, via WhoScored, owing to the sort of skillset that Neymar, 30, is famous for.

The Brazil sensation has averaged 2.8 key passes and 4.7 successful dribbles per 90 across his career, also via WhoScored, so whilst Gil has some way to go to match these returns, he is certainly on the right track, he just needs that guidance.

Therefore, Conte could well unearth his own Neymar by trusting the rarely-seen Gil to become a regular part of his senior squad going forward.

AND in other news, Spurs could seal dream January signing in £17m “cannon” who’s a “Conte-type” machine…