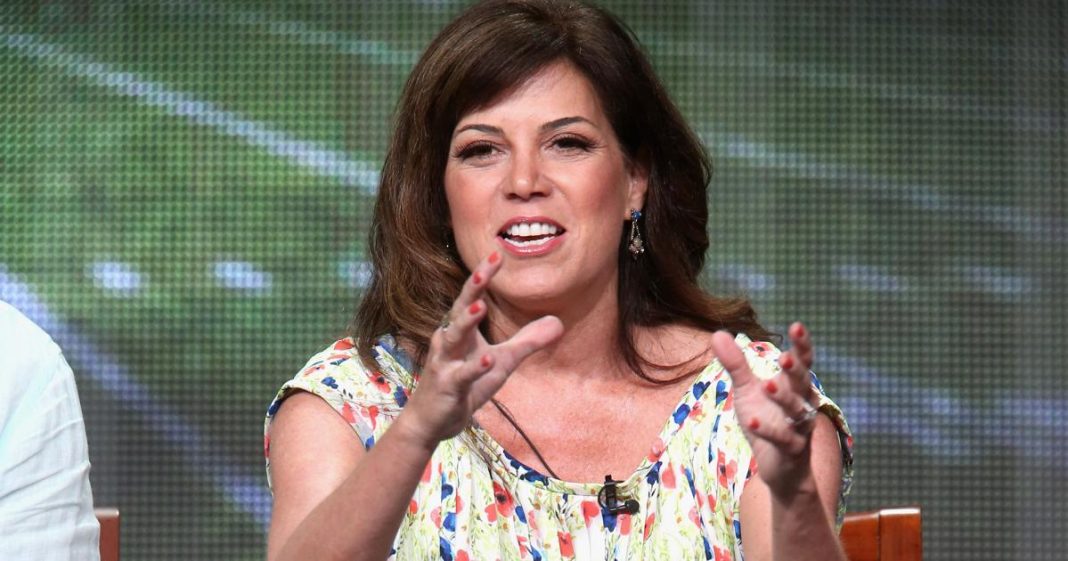 The presentation for NBC’s “Sunday Night Football” looks and sounds a bit different in 2022 — in the booth and on the sidelines.

Michele Tafoya, who joined “Sunday Night Football” as a sideline reporter in 2011, will no longer be a part of NBC’s broadcast crew, as Super Bowl 56 was the final game she called for the network.

A longtime mainstay in sports media, Tafoya’s next endeavor is in a different realm, ushering in the next chapter of her career.

What happened to Michele Tafoya?

Following the Super Bowl in February, Tafoya revealed to The Athletic’s Richard Deitsch that she was leaving the sports world to enter the political arena, where she would serve as co-chair of the political campaign for Minnesota Republican gubernatorial candidate Kendall Qualls.

Within the interview, Tafoya offered this explanation of her decision:

“I got to a point in my life where I wanted to try other things, and there are some things that are really important to me. This is not to say that sports isn’t an important field, that my job isn’t an important job. But in my position, I was not as free to be as vocal about world events that I’m concerned about. It’s not because I was told to shut up. I want to be very clear about that. But look, if you’re on a show like ‘Sunday Night Football,’ which is the No. 1 show in prime time for 11 straight years, unprecedented, the last thing they want to do is invite controversy.”

Tafoya, a native of California, spent some of the early years of her broadcasting career covering sports in the Minneapolis area, where she now resides with her family, explaining the connection to one of Minnesota’s gubernatorial candidates.

Three months after Tafoya announced she would be joining as the co-chair of Qualls’ campaign, his candidacy came to an end.

My full statement regarding the MN GOP Convention and my gubernatorial run can be found below. Thank you to all of the delegates and alternates who took the time to be a part of this process. pic.twitter.com/A259lKuUPK

While no longer in sports, Tafoya still finds her way to the airwaves with television appearances on talk shows to discuss American politics and culture.

Tafoya also hosts the “Sideline Sanity Podcast,” in which she aims to provide a “serious dose of sanity” during “insane times in our world.”

Tafoya remains active on Twitter, where she shares many of her views, footage of television appearances and podcast episodes.