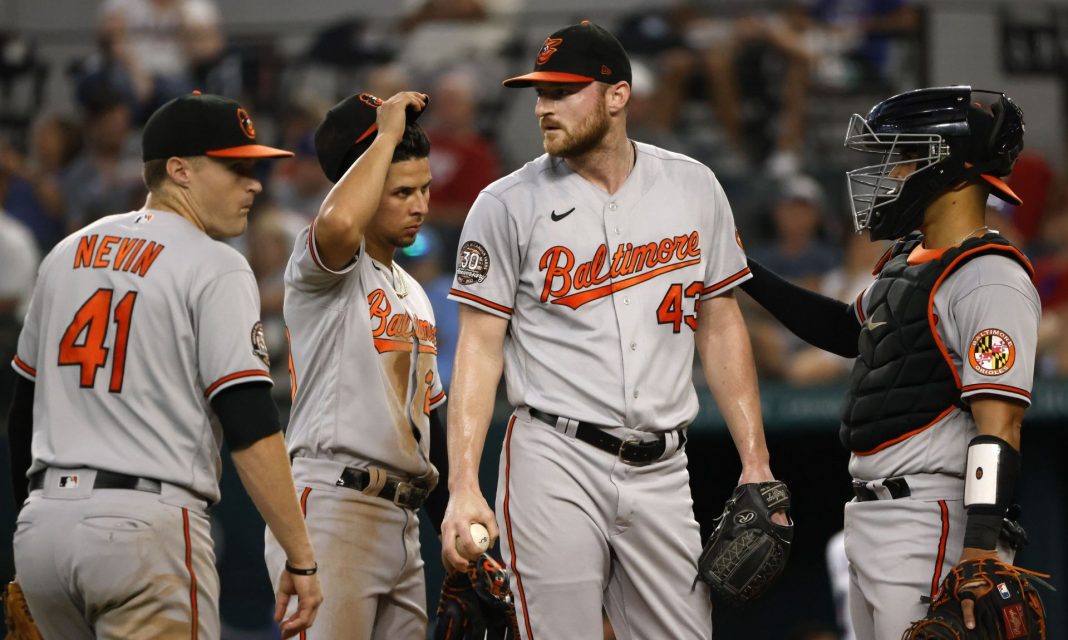 Tempers flared and the benches cleared as the Baltimore Orioles notched a crucial 9-6 win over the Toronto Blue Jays. Both AL East teams are locked in an intense battle for the American League’s final Wild Card.

The Orioles continue to defy all odds and remain in contention for their first postseason appearance in six years. However, it’s the Blue Jays who currently hold a 3.5 game advantage with less than four weeks of regular season action remaining.

Given what’s at stake, the encounter felt like Game 7 of the World Series. The benches cleared midway through the seventh after Baltimore Orioles reliever Bryan Baker made hand gestures to the Blue Jays dugout. This occured after striking out Matt Chapman.

Benches clear between the O’s and Jays after Bryan Baker stares down the Toronto dugout https://t.co/xMHklV3wAN

@JomboyMedia Baseball fights are so lame, they make me laugh. Not singling out any team/player – they all do this thing where some guy is being pulled back by his teammates like he is really going to throw down. 🤣

@JomboyMedia Baseball fights are so lame, they make me laugh. Not singling out any team/player – they all do this thing where some guy is being pulled back by his teammates like he is really going to throw down. 🤣

@JomboyMedia The bullpen running out to do absolutely nothing is always my favorite part of these scuffles.

@JomboyMedia The bullpen running out to do absolutely nothing is always my favorite part of these scuffles.

As the melee unfolded, Baker was walked off the field by Baltimore Orioles catcher Adley Rutschman. It didn’t end there, as the Blue Jays’ Vladimir Guerrero Jr. and Teoscar Hernandez were ready for a proper confrontation. Both had to be held back by the Orioles’ Jorge Mateo.

After the game, Baker clarified how he saw things. He did acknowledge that he should have handled the situation better.

@JomboyMedia He did a bit more than stare.Beaked off on a double play ball by Teo earlier, on the way back from first.Baker didn’t like Teo’s home run yesterday.Dude made sure he got in that dugout pretty damn quick too 🐥 🐓🐔.

Baker spent three years under the Blue Jays umbrella before being claimed off waivers by the Baltimore Orioles last year.

Blue Jays interim coach John Schneider was ejected during the bottom of the seventh. He came out to give plate umpire Jeff Nelson an earful.

His dismissal was related to balls and strikes. The Blue Jays have a history with umpire Nelson, who previously ejected former manager Charlie Montoyo in April for similar conduct.

“I didn’t understand why Bryan Baker was looking into our dugout after giving up a run on back-to-back days” – John Schneider.

The Blue Jays claimed the first two games of the four-match series. The Orioles’ victory last night set them up nicely to split the bragging rights. More importantly, it’s a chance for Baltimore to edge one step closer to their playoff dreams.

At the time of writing, both sides were tied 1-1 after two innings.