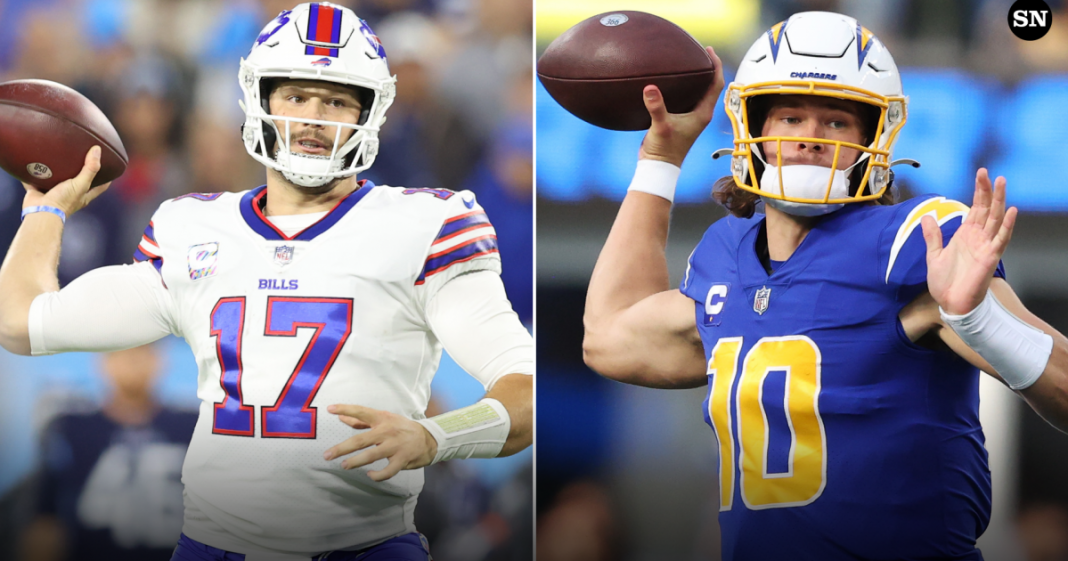 The “chalk” of the NFL futures odds boards for Super Bowl 57 remains the same it has been all year. The Buffalo Bills continue to lead the pack at +600, while familiar foe Tom Brady and the Tampa Bay Buccaneers represent the NFC at +750. But plenty of strong value bets and sleepers exist among the Super Bowl futures field, so it’s time to pluck some goodies from the pack.

Betting chalk rarely pays off in futures betting — either teams emerge from lower in the field to get to the Super Bowl and win it all, or the favorites yield such poor value that bets don’t pay off as handsomely as it feels like they should.

Today we will share the complete list of odds for Super Bowl 57, then evaluate the full board to determine our favorite bets to hoist the Lombardi Trophy this February. Go get that value, and enjoy Week 1 of the NFL season!

Follow your bets and watch every week during the 2022 NFL season on Sling TV. Stream Sling Orange or Blue for $35/month, or both for $50/month. Right now, get half off your first month, plus SHOWTIME, STARZ, AND EPIX — first month on us! SIGN UP FOR SLING!

As we mentioned, the Bills are currently favored to win the Super Bowl at +600, with the Bucs right behind them at +750. These teams were both within the top three favorites to win last season’s Super Bowl, with the Bucs at +650 and the Bills at +1200 (the Chiefs led the odds board last September at +500). As we now know, none of those three squads even won their conference championship.

The team that did win it all, the Los Angeles Rams, who may have actually improved since February and now sit in third place on the Super Bowl 57 odds boards at +1100. They sit tied with Patrick Mahomes and the Chiefs, who will have to mount a playoff charge without longtime speedy wideout Tyreek Hill and do-it-all safety Tyrann Mathieu.

MORE: Best bets for every future of the 2022 NFL season, including MVP & other awards

Prior to 2021, Kansas City had made the previous two Super Bowls and posted a 1-1 record in them. The Chiefs beat the 49ers 31-10 in Super Bowl 54, but fell to the Bucs in Brady’s first year in Tampa one season later. The Bengals, who represented the AFC after a stunning conference championship upset over Kansas City, are only +1100 to repeat as AFC champs and +2000 to win the Super Bowl. Those long Super Bowl odds tie Dallas in the NFC, although the Cowboys have +900 odds to win their conference title.

Here’s a look at the full Super Bowl LVII odds board from Caesars Sportsbook / William Hill:

The Bills have been my Super Bowl pick all year, and they have given me no reason to turn against it now. The core reasons Buffalo remains an easy bet to back: top-to-bottom personnel, year-to-year continuity, and consistent improvements on both sides of the ball.

QB and early MVP favorite Josh Allen has a great relationship with offensive coordinator Ken Dorsey, who got the promotion from QB coach when Brian Daboll got tapped to coach the Giants. Gabriel Davis and Isaiah McKenzie have demonstrated they are plenty prepared to be Allen’s No. 2 and No. 3 targets behind All-Pro wideout Stefon Diggs, and rookie running back James Cook is a dark-horse for Offensive Rookie of the Year.

Buffalo also has a strong offensive line, and a perennially strong defense that just added Von Miller to bolster its pass rush. The sky’s the limit for this Bills squad, and with Kansas City taking a step back with the loss of two key cogs, now could be a perfect time for Sean McDermott’s guys to finally get over the hump.

We can’t get away from the Chargers with these appealing odds. With futures betting, if you like the chances of two teams but one adds +300 to your bet, you have to go with the team yielding the longer odds.

If third-year QB Justin Herbert and the Bolts can stay healthy, they will be in a great spot to make a Super Bowl run. Arguably among the three strongest arms in the NFL, Herbert has stud playmakers all over the field to light up opposing defenses. Field-stretching wideout Mike Williams flashed his game-changing skills earlier in the ‘21 season. Keenan Allen remains one of the most dangerous pass-catching threats in football. Ausitn Ekeler dominated on the ground and through the air.

Offensively, the Chargers have very few weaknesses, including a solid o-line. But the defensive side of the ball should be what truly excites L.A. fans this season. The Bolts extended standout safety Derwin James, signed elite former Patriots cornerback J.C. Jackson, and traded for pass-rushing stud Khalil Mack. All those weapons, plus Joey Bosa!? As Uncle Jesse said in the 90s, have mercy!

A ton of value can be found in this range — and we are tempted to feature Russ Wilson and the Broncos — but instead we’ll go with the Niners squad that always manages to insert itself into the Super Bowl conversation. The reason why San Fran always makes noise: defense and the running game. The reason why the Niners can finally get over the hump and win their first Lombardi since 1995: Trey Lance.

Forgive me for overstating the second-year QB’s ceiling, but Lance makes me dance with excitement. He has a hell of an arm, blistering speed out of the pocket, great vision, and the kind of creativity and playmaking ability that can truly make a difference in this league. When you combine these talents with a pass-catching nucleus of reigning All-Pro Deebo Samuel, three-time Pro Bowl tight end George Kittle, and breakout favorite (and Lance’s buddy) Brandon Aiyuk, it’s easy to fall in love with San Fran at +1600.

Of course, we will never overlook the coaching prowess of Kyle Shanahan, and the Niners’ consistently-dominant running game. Elijah Mitchell looks to be healthy for Week 1, which will be huge for this squad. We can all expect big things from 2022 third-round pick Tyrion Davis-Price, too — backs always establish names for themselves in the Bay Area.

Of course, defense still (arguably) wins championships. We just witnessed the Rams win it all, bolstered in large part by Aaron Donald, Jalen Ramsey, and Von Miller. The Niners sport studs-a-plenty led by EDGE rusher Nick Bosa, and Fred Warner leads the strongest linebacker corps in pro football. We can easily see this +1600 looking like a bargain in no time.

Before you laugh me out of the column, hear me out. The Cowboys have taken tremendous leaps forward over the past two years, aided largely by some solid Jerry Jones draft picks. If Dak Prescott can stay healthy, the Cowboys have just as strong a shot as anyone to go all the way.

The biggest difference-makers from the past few draft classes: stud wideout CeeDee Lamb and 2021 Defensive Rookie of the Year linebacker Micah Parsons. Both these guys have game-changing abilities, and both possess the upside to become the best at their positions.

After a relatively-difficult start to the season, Dallas enjoys one of the easiest schedules. And with a semblance of coaching continuity — head coach Mike McCarthy enters his third season, offensive coordinator Kellen Moore enters his fourth, and D-coordinator Dan Quinn returns for his second — we can see this bet paying off with the ‘boys finally returning to glory.

You may scoff at the thought of +4000 being a ‘longshot,’ but that’s about as long a set of odds as most rational bettors would want to wager on for a Super Bowl future. Here’s why I love the Vikings, at least for a $50 wager that could return over $2,000 in five months: wideout Justin Jefferson and running back Dalvin Cook are two of the most explosive offensive weapons in the NFL, and Minnesota’s defense will enjoy a massive boost with a full season of elite EDGE tandem Danielle Hunter and Za’Darius Smith. Add to all that an offensive line that Pro Football Focus calls “sneakily be the best offensive line of quarterback Kirk Cousins‘ Vikings career,” and we have more than enough reason to be optimistic.