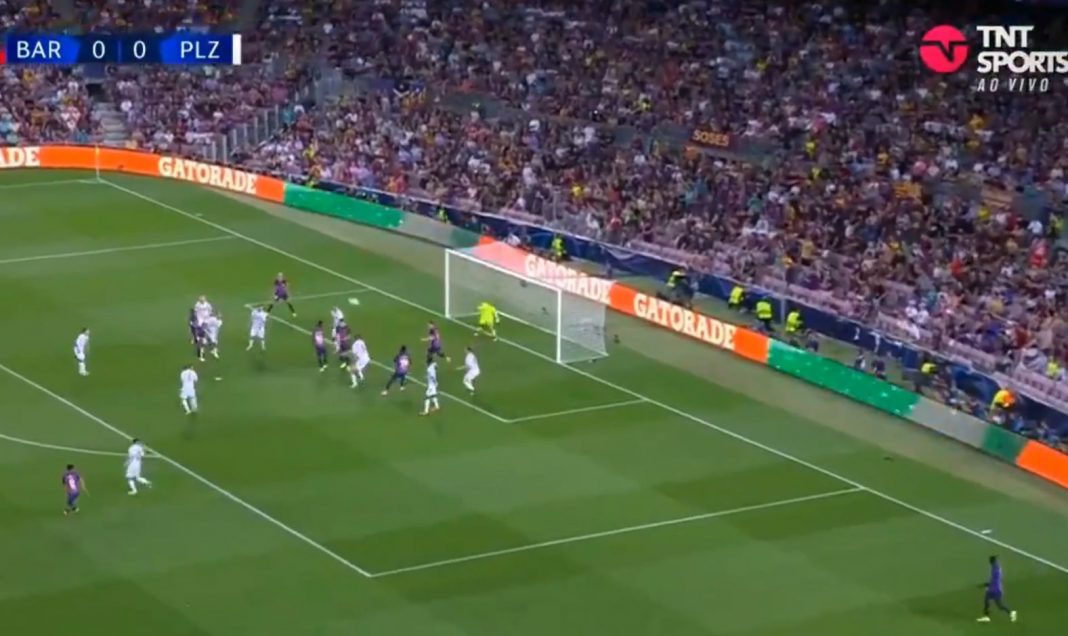 Franck Kessie has scored his first goal for Barcelona since leaving AC Milan for the La Liga giants over the summer.

Barca are in action against Viktoria Plzen tonight at the Camp Nou in what is the easiest game amongst a group many have labelled the group of death.

It only took the home side 13 minutes to take the lead which came from a Dembele corner. The Frenchman’s cross reached Kounde in the box before the defender knocked it onto Kessie to score his first goal for the club.

Barcelona will now look to push on and add more goals to their group tally before the night is out.

Barcelona’s summer signings making an impact in the #UCL ? pic.twitter.com/iddBu09uUy