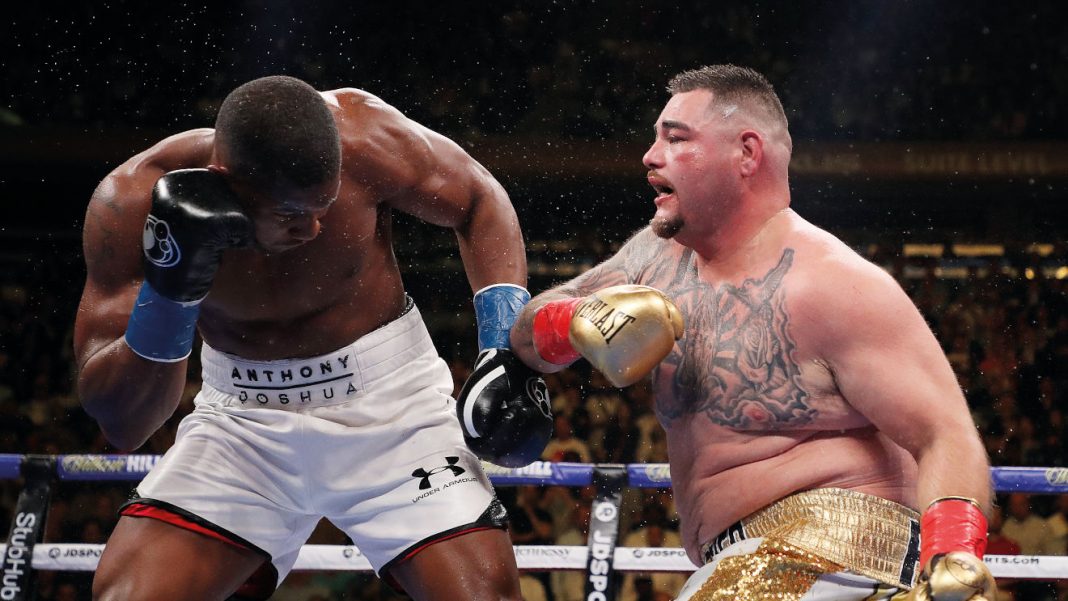 One win over Anthony Joshua has catapulted Ruiz into the land of eternal opportunity, writes Jack Hirsch

IN 2012, a welterweight from Riverside, California, named Josesito Lopez created a stir by breaking the favoured Victor Ortiz’s jaw and stopping him in five rounds. Although Lopez was already established to a degree, his level of popularity was not high. The upset victory over the charismatic Ortiz changed that and would give him a level of status that Lopez would keep no matter what he did going forward.

Lopez parlayed the victory over Ortiz into fights with Canelo Alvarez, Marcos Maidana, Andre Berto, and Keith Thurman, predictably losing to each. Regardless, Lopez continued to receive television exposure on the undercard of big events. We were always reminded, directly or indirectly, of his upset over the erratic Ortiz. In essence, what Lopez received for defeating Ortiz was a gold card which gave him a vast number of opportunities that a fighter of his calibre rarely receives.

One wonders if Andy Ruiz will become the heavyweight version of Lopez. Ruiz is not a bad guy. On the contrary, he is humble and polite. His modesty is to be commended, but his level of motivation can rightly be questioned.

Three years ago Ruiz picked up his gold card at Madison Square Garden, stopping Anthony Joshua for what plenty considered the legitimate world heavyweight championship. Ruiz did not have a full training camp, coming in at short notice when Jarrell “Big Baby” Miller failed a drug test. Some said Joshua took Ruiz too lightly. Others said Ruiz, after getting dropped and appearing to be headed for an early defeat, landed the equivalent of a lucky punch that messed up Joshua’s equilibrium from which he could not recover. Whatever your view, the outcome became less about Ruiz and more about Joshua.

Ruiz had an opportunity to put the spotlight on himself, much like Oleksandr Usyk recently did in his rematch with Joshua. Usyk trained every bit as hard for the encore as he had done for the first outing. As a result, he prevailed again. Usyk’s level of pride was such that he pushed himself to the outer limits in training, working as humanely hard as possible. This is in contrast to Ruiz, who came into the Joshua rematch overweight, unfocused, and lacking the pride of a champion.

Joshua may have only loaned his title to Ruiz, but he also made him a long term fixture in the heavyweight division.

In the lead up to Ruiz’s fight with Luis Ortiz we were constantly reminded how hard he was training. It was as if we needed to be convinced. Perhaps the same thing is said on occasion about the other big names in the division, but in Ruiz’s case we do have to be reassured.

Assuming Deontay Wilder defeats Robert Helenius next month, the PBC will probably match him against Ruiz next providing yet another big payday for the California-based Mexican, one he doesn’t deserve unless you believe that beating 43-year-old Luis Ortiz merits such reward. This is the same Ortiz who in his last match looked every bit his age, being dreadfully slow before rallying to stop Charles Martin. Based on that performance it was hard to visualise him being competitive with any rated fighter let alone beating them.

But that is what he nearly did against Ruiz, coming up just short, but actually winning more cumulative rounds if we combine all three judges’ scorecards. In the fight before that, Ruiz had to climb off the canvas to outpoint another ancient heavyweight in Chris Arreola. Three trainers in his last four fights tell you that either Ruiz is a perfectionist or does not want to be pushed too hard in training camp. Take your pick.

Following Joshua’s defeat to Usyk, Ruiz called for a rubber match against him. “We have unfinished business,” he claimed. Joshua should pay him no mind. As far as he is concerned the book should probably be closed on Ruiz once and for all. For the rest of us, it won’t be for a long time. After all, Ruiz has his gold card in a sport that is more devoted to Ruiz than he is to it.