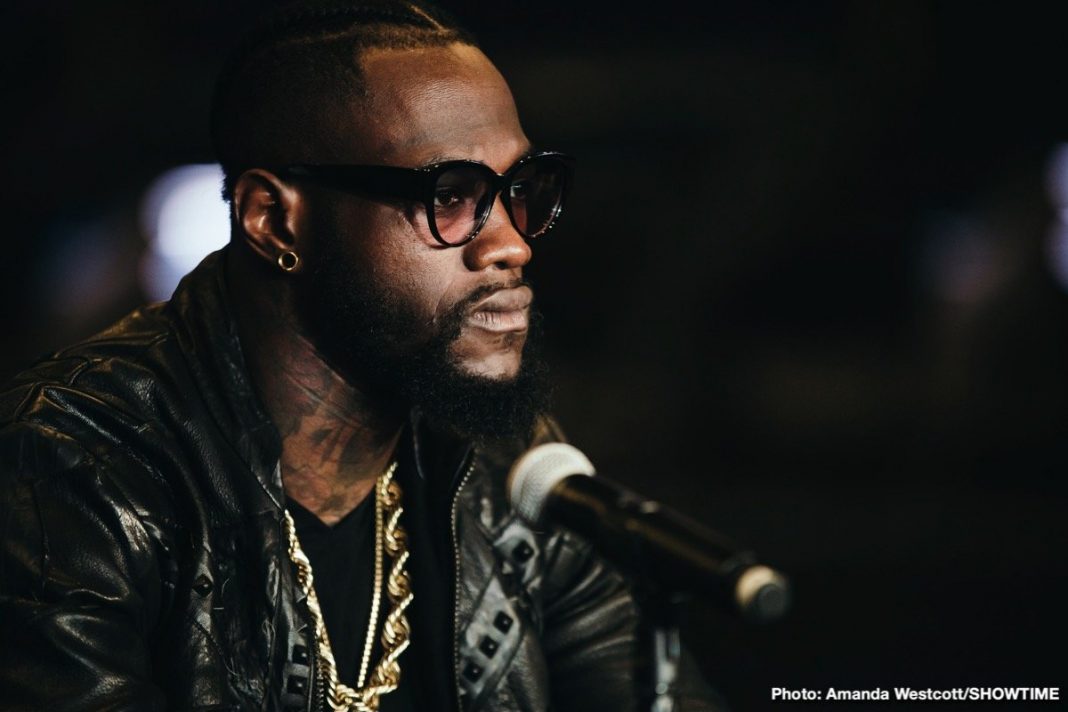 By Jim Calfa: Teddy Atlas believes a potential fight between Deontay Wilder and Andy Ruiz Jr. for the final WBC heavyweight title eliminator is one that could go either way between these two powerful fighters.

According to Atlas, he sees the Wilder vs. Ruiz Jr fight coming down to which of the two can land their bombs first.

While many boxing fans would assume that Wilder has too much power for the easy-to-hit Ruiz, that may not matter. If Ruiz gets to Wilder first before he can land his huge right hand, he can potentially knock him out.

Tyson Fury is nowhere near the puncher Ruiz is, and yet he twice scored knockouts against Wilder.

“Am I so crazy to think that Ruiz is so easy to hit at times that Wilder is going to hit him with a bomb and get him out of there? That’s what I see happening,” said Ken Rideout.

“If he can stay away from Wilder for 12 rounds, I’ll be shocked that he won’t be able to land one, and he only needs one. Although Ruiz has a chin, but man, Wilder can crack.”

“Ruiz has some boxing ability, too,” said Atlas. “We’re looking at it the wrong way too. ‘If Ruiz can survive the right hand, blah-blah-blah. Can he win the fight? Can he survive the rounds?’ Maybe he gets to Wilder first.

“Maybe that’s his strategy. We’re wrong. He [Ruiz] doesn’t have to survive the right hand. He has to not get hit with it, and he has to survive his right hand first before Wilder lands on his.

“If he can do that, he can win the fight. If he can get to Wilder first. As much as you’re saying, ‘Isn’t Ruiz easy to hit?’ The last I saw of Wilder, he wasn’t exactly Claude Rains [actor from the 1933 film, The Invisible Man].

“He’s not exactly a ghost in there. He’s not hard to hit, either.  Wilder didn’t write the fundamentals of boxing book. He just knows how to punch with the right hand. That’s about it,” said Atlas.