Joshua Vs. Fury – Will It Happen? Fans Doubtful 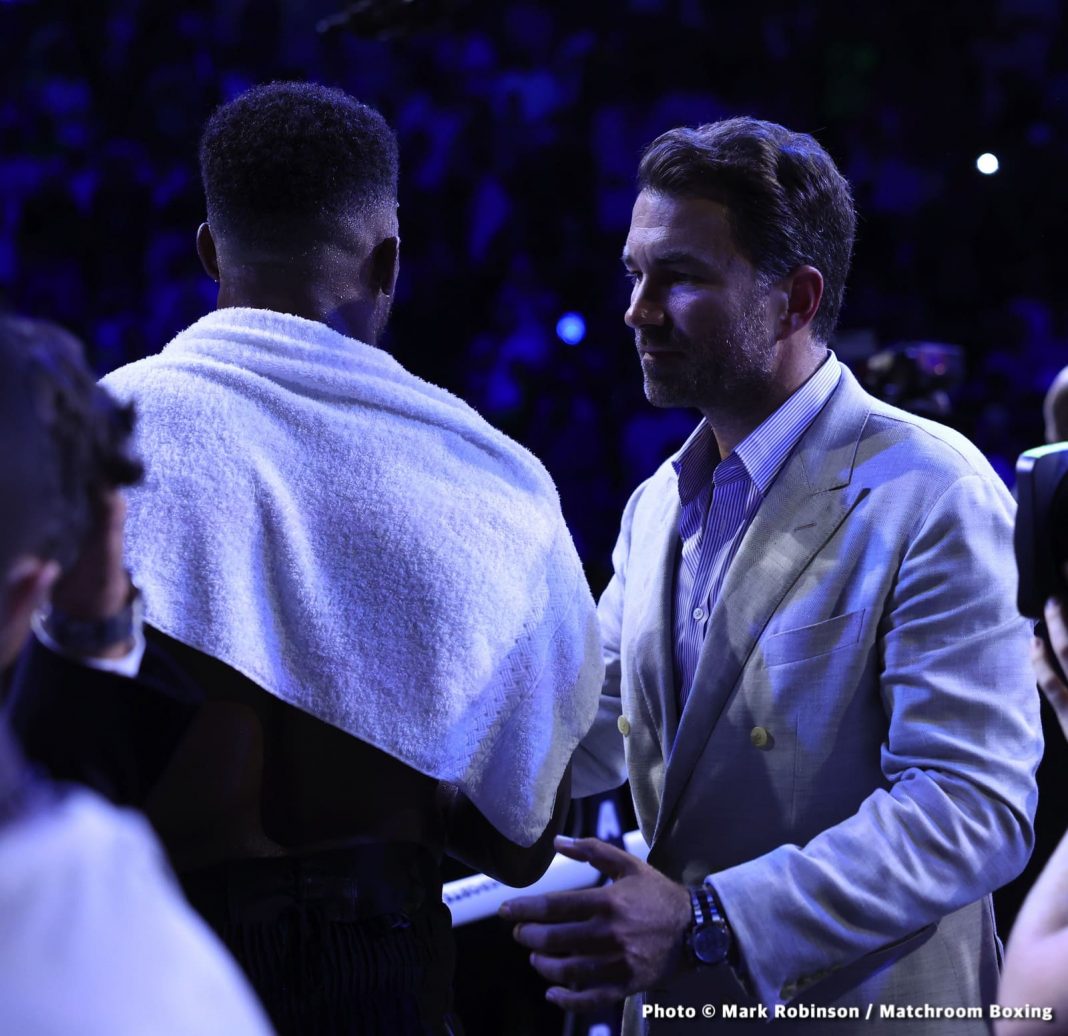 By Barry Holbrook: Fans are skeptical about the Anthony Joshua vs. Tyson Fury mega-fight taking place in December despite AJ saying, “I’ll be ready in December.”

According to doubting fans, Joshua’s comment about agreeing to the fight against Fury in December could be a clever way to get ‘The Gypsy King’ to clam up and stop calling him out repeatedly, as he did earlier today.

Fury repeatedly calling out Joshua makes him look bad, as it creates the perception in the eyes of boxing fans that AJ is ducking him. If he’s avoiding Fury, then that can be interpreted that he feels he’s not good enough for the task.

With Joshua seemingly agreeing to the fight with Fury in December, it’s a brilliant way to get him to shut up and stop the incessant calling out.

Even if Joshua is serious about taking the Fury fight, it’s going to be almost impossible to negotiate the match before December.

Besides the money aspect, AJ would need to deal with the likely friction from his promoter Eddie Hearn, who he would be circumvented by choosing to take the fight with Fury without his guidance.

You’ve got to believe Hearn will do his best to try and talk Joshua out of this crazy idea of fighting Fury this year because the timing is terrible.

“I think everybody is making plans for Joshua’s career without speaking to Joshua,” said Johnny Nelson to iFL TV. “Let this man tell his story; let this young man talk his talk.

Yea calm. I don’t do the online discussions just for clout, so if your really about it shout @258mgt. I’ll be ready in December. Khalas https://t.co/kKCWdrlmol

“So before anybody starts planning what his next fight is. Hear from the man himself; let him talk.

“Until you can sit down with him and make him tell you what his intentions are, there’s no point in speculating. That’s fair because his life changed the other week, so he’s got decisions to make that he might not want to make. So just give the boy time,” said Nelson about Joshua.