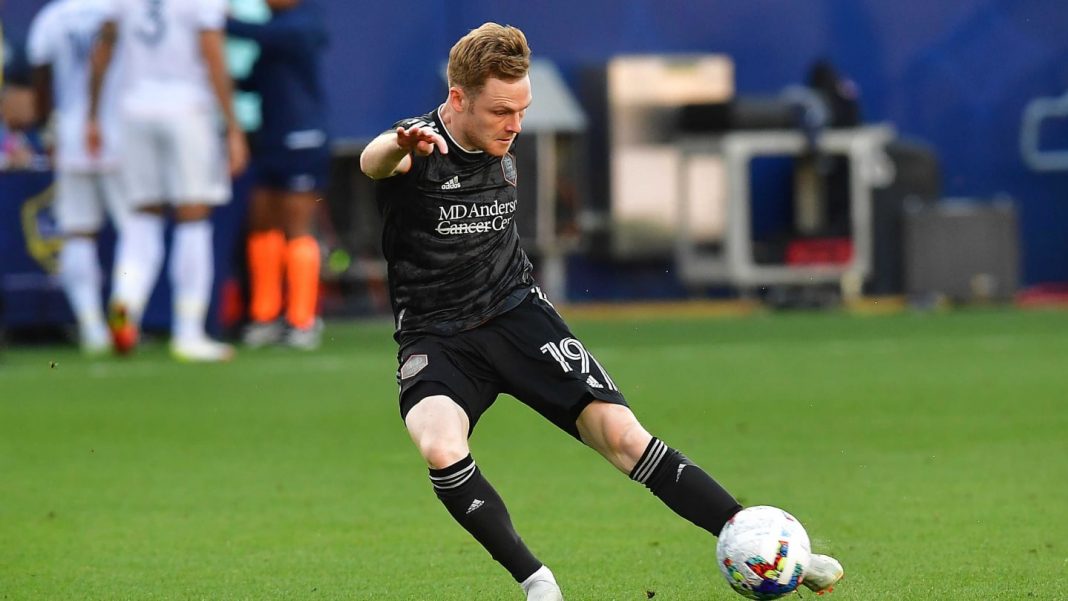 The New York Red Bulls have announced the termination of winger Tyler Pasher’s contract on a mutual basis.

The 28-year-old only became a Red Bulls player in August with RBNY selecting Pasher off the waivers list following his departure from the Houston Dynamo – first revealed by 90min.

Pasher’s contract with the Red Bulls was due to run until the end of the 2022 season, but the two-time Canada international has departed his new club without making a single appearance.

As Pasher departs, RBNY have also announced the signing of defender 23-year-old defender Hassan Ndam to an MLS contract from their affiliate side, New York Red Bulls II.

“We are happy to bring Hassan back into the first team,” RBNY sporting director Denis Hamlett said in a club press release. “His familiarity with the club and our system will allow him to step in and help the team as the season continues.”

Gerhard Struber added: “We are excited to have Hassan join the group. We were happy with what he has done with Red Bulls II and are excited to see what he can bring to the team.”

Ndam has played four times for the Red Bulls at senior level in the past, while he has 63 appearances under his belt for RBNY II.

The New York Red Bulls have lost defender Tom Edwards, but managed to keep hold of Lewis Morgan for now.

The New York Red Bulls have signed Matt Nocita through the end of the 2022 Major League Soccer campaign, with club options from 2023 to 2025.