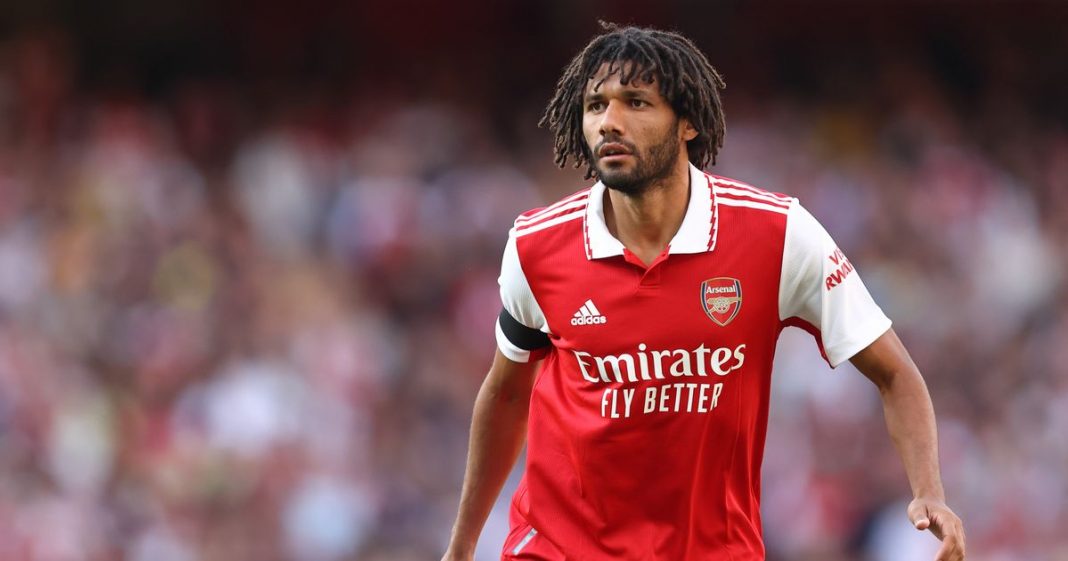 Arsenal make a quick return to Premier League action this weekend when they travel to Manchester United for a huge game at the top of the table, following on from Wednesday’s clash with Aston Villa.

The Gunners have picked up a couple of injuries of late to midfield duo Thomas Partey and Mohamed Elneny, with Mikel Arteta having to utilise his squad depth to fill the gaps. However, with a hectic schedule coming up, they have come at the worst possible time.

Here is all you need to know about the current state of play at the Emirates Stadium and the expected return dates for those on the sidelines.

The Gunners midfielder came in as Partey’s replacement for last weekend’s victory over Fulham, before picking up an injury of his own that ruled him out of Wednesday’s visit of Aston Villa as a result.

Elneny played the full 90 minutes of that 2-1 victory against the Cottagers, but it was revealed afterwards that he had suffered a hamstring strain during the contest in north London, with The Athletic describing it as a ‘significant’ injury.

The Egyptian is now currently being assessed, although it is unknown how long he will be out for, but initial indications have suggested that he is expected to be sidelined for a substantial period and will therefore miss Sunday’s trip to Old Trafford.

Have Arsenal left themselves short in midfield this summer? Let us know your thoughts in the comments section below.

First choice midfielder Partey was ruled out of last weekend’s victory over Fulham after picking up a recurring thigh problem, although it was later revealed that he was only left out for precautionary measures, and remains a doubt for Arsenal ’s clash with United on Sunday.

The Ghanaian will continue to be assessed in the meantime, with Arteta stating that his injury is “hopefully not as bad” as his previous one last season, but it is expected that he may also continue to miss out in order to prevent any further aggravation.

Speaking on August 27, Arteta said: “We still have to make another scan to see the length, but I don’t think they will be available. It is similar [to last season] but hopefully not as bad.”

Arsenal winger Reiss Nelson remains sidelined with a thigh injury which he picked up prior to the 4-2 defeat of Leicester City on August 13, and is not expected to return to action until the start of October at the earliest.

On August 12, Arteta confirmed that the 22-year-old had picked up an injury prior to the game, saying: “He felt something in training. We scanned it, and the doctor came with some bad news. It’s a muscular injury, and hopefully, he will be back soon.”

It is assumed that the winger will be out for the next month at least, but Arteta has since said that he does not know the exact time frame. However, a fresh update on his situation can be expected in the coming weeks.