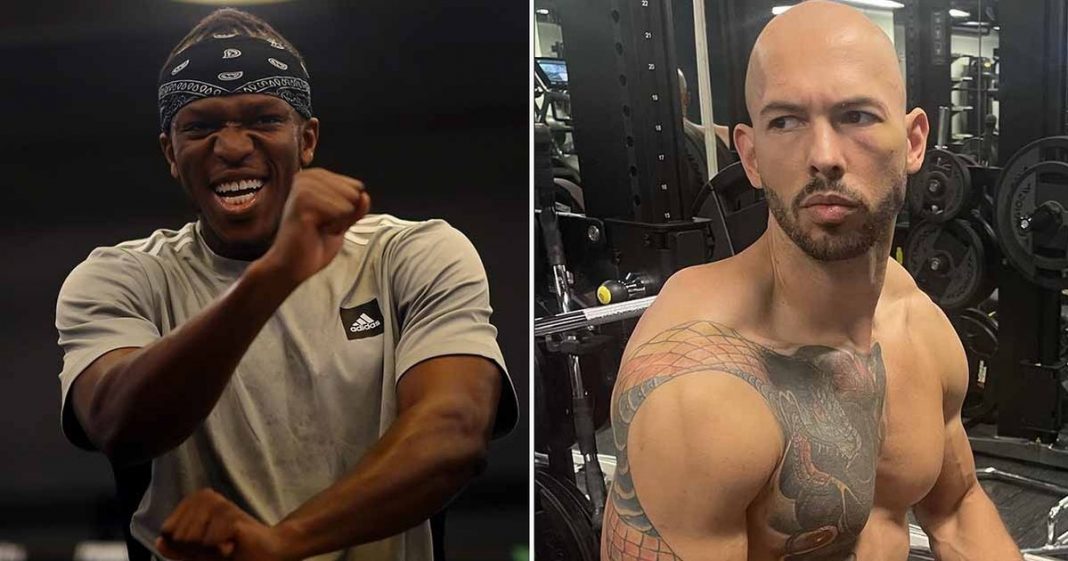 Andrew Tate has started training for a potential fight with KSI following the YouTube star’s successful return to the ring.

KSI – real name JJ Olatunji – won two fights in one night as he knocked out rapper Swarmz and professional boxer Luis Pineta on Saturday night. Both men were a clear mismatch for the YouTuber as Swarmz was warned several times by the referee to stop turning his back in the fight before eventually being stopped in the second round. Pineda was knocked down seven times as he suffered his sixth professional defeat.

Tate has divided opinions online in recent months because of his controversial views, with the four-time kickboxing world champion now banned from all social media platforms. KSI insisted Tate was not considered as an opponent to replace Alex Wassabi, whom he was supposed to fight last weekend, but refused to rule out a fight with ‘Cobra’ in the future.

Do you want to see KSI fight Andrew Tate? Let us know your thoughts in the comments section below

KSI is lining up another fight in January and Tate is understood to be training in Bosnia. Tate’s team said a potential clash with KSI could break boxing records, with a spokesperson stating: “There is nothing finalised at the moment; however, Andrew and the team are very aware that a fight has the potential to break viewing records. The reaction live in the stadium and the support across social media for Andrew has proven it would be an event to remember.”

Tate hasn’t fought in almost six years, being forced to retire at the age of 30 because of multiple eye injuries. ‘Cobra’ mocked KSI for his fights against Swarmz and Pineda only being three rounds each whilst promising to “break every bone” in his face if the pair do meet in the ring.

“This is a personal message to you KSI. I had no problem with you, I don’t f****ng know you but now you want to go from a fan to cowering out to the Matrix,” Tate said. “There is nothing more disgusting in the world than a male hypocrite. He doesn’t even stick by his guns and say ‘Andrew was alright, but he said some things he shouldn’t and got banned’.

“You want to talk about having a boxing match, some three-round match against nobody I will take you 12 rounds and break every bone in your f****** face and you know it. Either before or after Jake is done with you. F****** dork, f*** KSI.” Olatunji later replied to Tate’s message by tweeting: “Crying from outside of the club.”