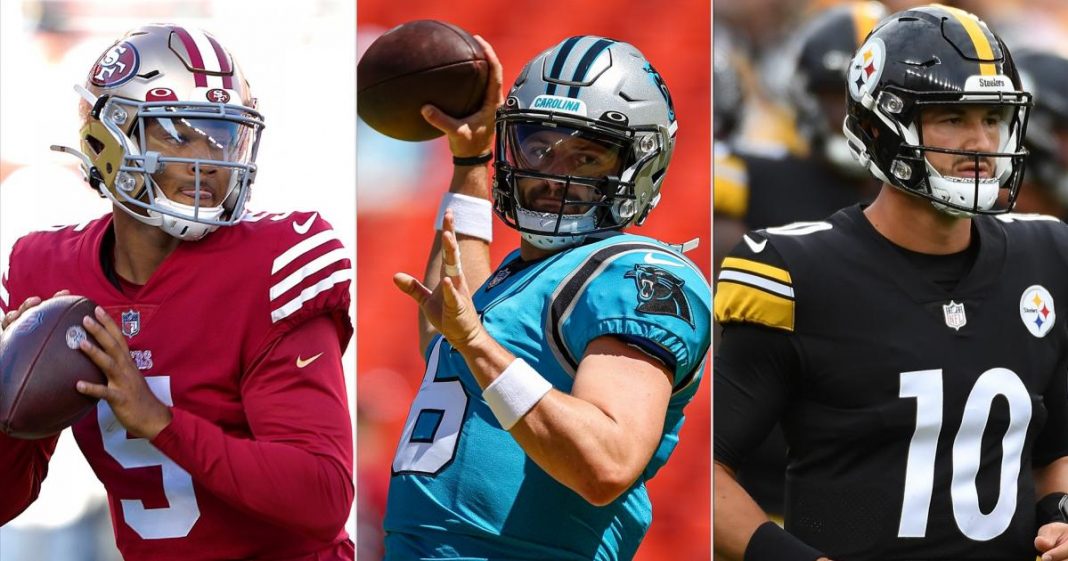 The third and final week of the NFL preseason is here, meaning fans are one step closer to regular season action. Before looking too far ahead, there are a number of stories worth keeping an eye on in Week 3.

Action in Week 3 begins on Thursday with a pair of games, including a meeting between the 49ers and Texans set to air on Amazon Prime, giving fans an opportunity to get familiar with the streaming platform’s new-look presentation for the upcoming season.

On Friday, newly minted Panthers starting quarterback Baker Mayfield will see a quarter of action against the Bills, who have decided to rest Josh Allen along with other key starters. Saturday, the busiest day of preseason Week 3, has a slate of eight games, three of which will air live on NFL Network.

Preseason action wraps on Sunday when the Lions travel to Pittsburgh to take on a Steelers team that has yet to appoint a starting quarterback, though Mitch Trubisky will get the start in front of a national TV audience. Rookie Kenny Pickett will look build upon his strong start to the preseason to make the decision even more difficult for coach Mike Tomlin.

Below is the NFL’s full preseason Week 3 schedule, including scores, streaming and TV information (national networks in bold).

How to watch NFL preseason games on TV

Several preseason games per week will be broadcast on NBC, CBS, Fox and ESPN, while other select games will air on NFL Network. Amazon Prime, which has broadcast rights for “Thursday Night Football,” will air the Week 3 matchup between the 49ers and Texans.

Only fans in local markets will be able to watch games that aren’t nationally televised. For those who want to watch national games on NFL Network, NFL+ — the NFL’s dedicated streaming site — will air programming from the network. NFL+ allows streamers to access all out-of-market preseason games and costs either $4.99 per month or $29.99 for a yearly subscription.

Nationally televised games can also be streamed on fuboTV, which offers a free trial. Fans in Canada can stream preseason games via DAZN.

MORE: When does the 2022 regular season start? Complete Week 1 schedule