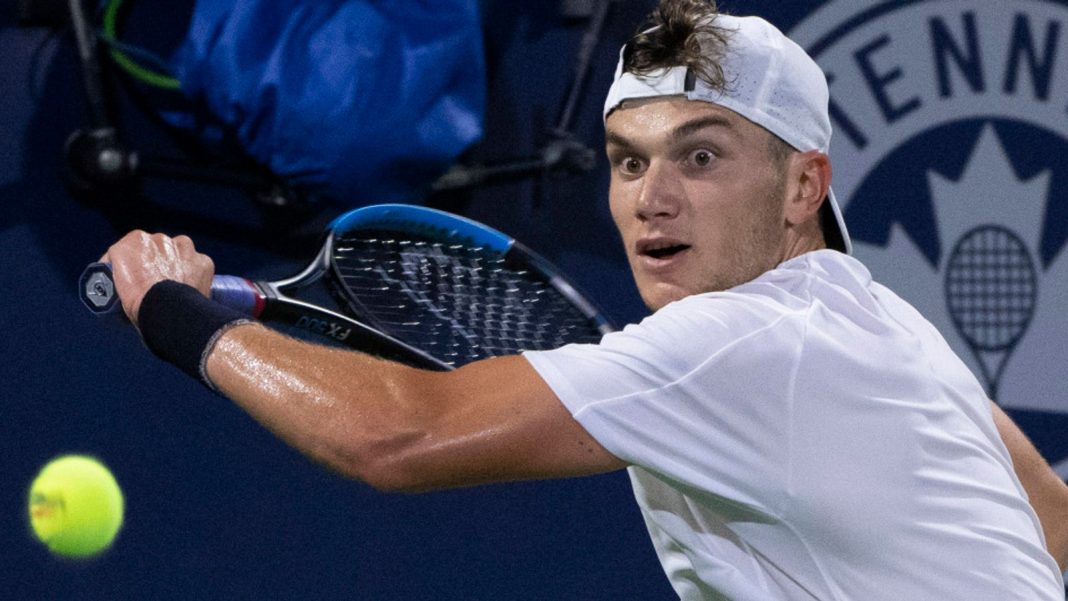 Draper, seeded number 13 in the tournament, won against the 2020 US Open champion Thiem 6-1 6-4 in one hour and 20 minutes to set up a last eight clash against Swiss qualifier Marc-Andrea Huesler.

The 20-year-old raced into a 5-0 lead in the first set, laying the foundations for an impressive victory.

The big-hitting left-hander slammed eight aces during the win and did not face a single break point on his serve in the match. He earned 10 break point chances on Thiem’s serve, winning three of those en route to the win.

‘It was a real honour to be on court with Dominic’

The world No 55 was thrilled with his performance.

“I was really good behind serve, really solid,” he said, via ATP Tour. “In the second set it was tough because he was coming up with some amazing shots. It was a real honour to be on court with Dominic. He’s an amazing player.”

“I started confidently, I started well.

“I was hitting through the ball, felt good in the conditions. It was a difficult start because I felt like everyone was supporting Dominic and I knew that I needed to come out confidently and sharp, and that’s what I did.”

It is Draper’s third quarter-final run of the season. He will face Huesler for a spot in the semi-finals on Thursday night.