Cristian Roldan ruled out for 4-6 weeks with groin injury 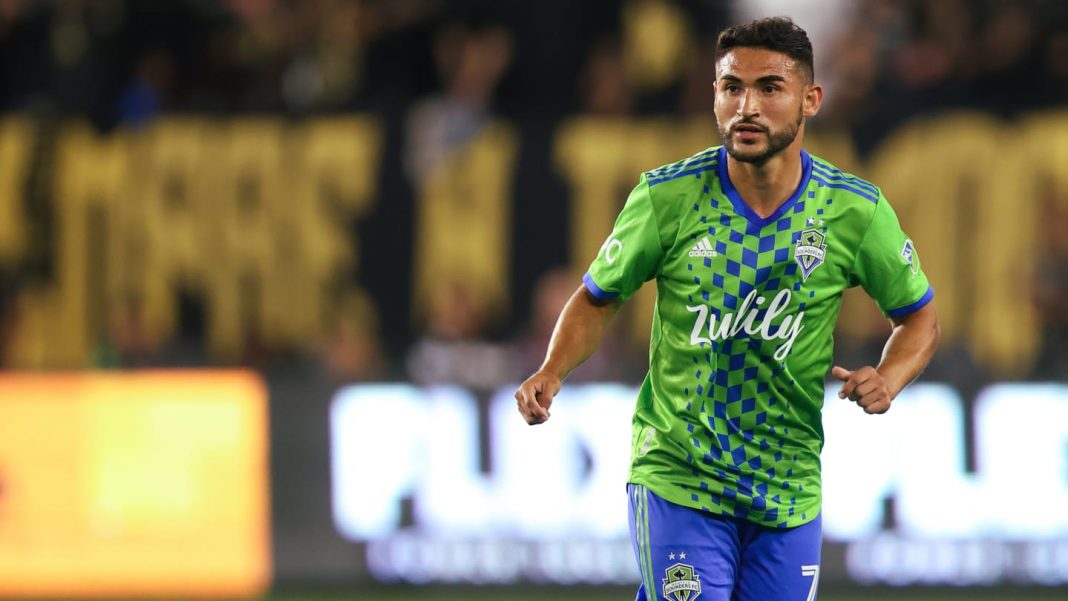 Seattle Sounders figure Cristian Roldan will be out for four to six weeks after undergoing groin surgery on Tuesday.

The player had been suffering from left athletic pubalgia, sidelining him for Friday’s match against the LA Galaxy and prompting the procedure.

Head coach Brian Schmetzer confirmed the injury and recovery period, adding that it was the player’s decision to go through with the surgery after failing to make the game against the Galaxy.

“We [the medical team and Sounders technical staff] had a long conversation with Cristian,” Schmetzer said Tuesday following training at Starfire Sports in Tukwila. “It was a tough decision for him, but I think it’s the best outcome because it gets him back in a 4-6 week timeline and gets him back for the playoffs.

“He’s fine. He came out great, the surgery went great. We wish him a speedy recovery.”

The midfielder has been an active part of the team’s fight to make the MLS playoffs, recording four goals and five assists in 23 games. His absence is a huge blow, as the team continues to combat the injuries of Joao Paulo, Obed Vargas, Raul Ruidiaz and Xavier Arreaga.

As Roldan sits out all the action through Decision Day on October 9, Seattle Sounders midfielder Kelyn Rowe asks players to “step up.”

“Cristian is that big presence, so we’re going to miss him and need a few guys to step up,” Rowe said Tuesday. “Danny [Leyva] did really well holding that middle spot [against LA] and my role has been on the outside wing. I love that left side because I do have more of the field and can cutback on my favorite right [foot]. I’m getting better using that left foot as well.”

“There’s also Jimmy Medranda and he’s got to take his chance when he comes into games,” Schmetzer added. “There’s still a little bit of competition there. But Kelyn has been really, really valuable the last couple of years.”

The Sounders currently sit in ninth place on the Western Conference table with 33 points in 26 games and a record of 10W-13L-3D. After failing to balance the Concacaf Champions League and MLS seasons well, prioritizing the international tournament to make history and lift the trophy, the Sounders are slowly coming back to their winning ways in the American league.

With eight games left to be played, the Sounders must break into the West’s top seven slots.