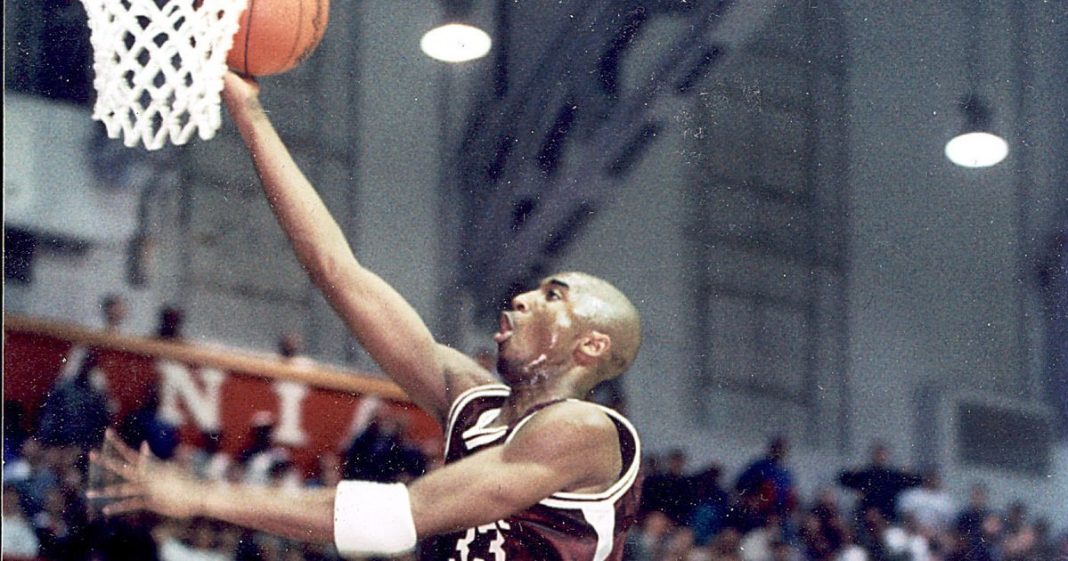 The late Kobe Bryant was a phenomenal basketball player, and he also had the heart of a lion. Fans will remember the five-time NBA champion making two free throws after tearing his achilles tendon against the Golden State Warriors while battling for the eighth playoff spot in 2013.

But before he became a legend in the iconic purple and gold of the LA Lakers, the former shooting guard lit up the high school and college circuit. Kobe became the biggest star at Lower Merion High and his talent was apparent from the get-go, as he became the first freshman to start on their varsity team in decades.

By his junior year, Bryant was one of the biggest names on the circuit, as he averaged 31.1 points, 10.4 rebounds, 5.2 assists, 3.8 blocks, and 2.3 steals, which earned him Pennsylvania Player of the Year honours. But prior to the state championship semi-final, Kobe broke his nose diving for a loose ball and collided with a teammate during practice. His coach Gregg Downer recalled the incident and explained Bryant’s heroic response to his injury.

“For 48 hours, we didn’t know: ‘Would he play? Could he play? Would he wear a mask? How is he going to get through this game?’” Downer told the Philadelphia Inquirer. “He warmed up [before the game] with a mask. He didn’t like how it felt. We came back in one final conversation and he ripped the mask off, threw it against the wall and said, ‘Guys, let’s go to war. I’m not wearing this thing.’ From that moment on, I knew we were going to win a state championship.”

Bryant had a phenomenal game as he registered 39 points against Chester to lead his side to victory before Lower Merion won the final and clinched an elusive state championship. Today marks what would have been Bryant’s 44th birthday and wife Vanessa, 40, took to Instagram to share a sweet photo of the couple embracing in celebration of the day.

“Happy birthday, baby! I love you and miss you so much! #44 ❤️,” Vanessa wrote as a caption accompanying the smiling photo of the pair from 2009, the year the NBA legend won his fourth championship. Tributes poured in for the sporting icon as Brooklyn Nets point guard Kyrie Irving wrote: “Love you Big brother @kobebryant.

“Happy Solar Return, and [cheers] to you. You and all the angels celebrate up in Paradise! The Black Mamba lives on.” Four-time grand slam tennis champion Naomi Osaka said: “I miss Kobe.”

The pair had struck up a solid friendship and in an interview with WSJ, Osaka revealed that Bryant used to text her after tough losses and encourage her to keep working hard.

“There would be some really tough losses,” Osaka told WSJ. “I didn’t even know he was paying attention, but he would text me positive things and tell me to learn from it. For me, it was definitely helpful.”

Bryant lost his life in a tragic helicopter accident, along with daughter Gianna and seven others in January 2020.

Photos of remains of Kobe Bryant and crash victims captured and shared ‘for a laugh’, court told