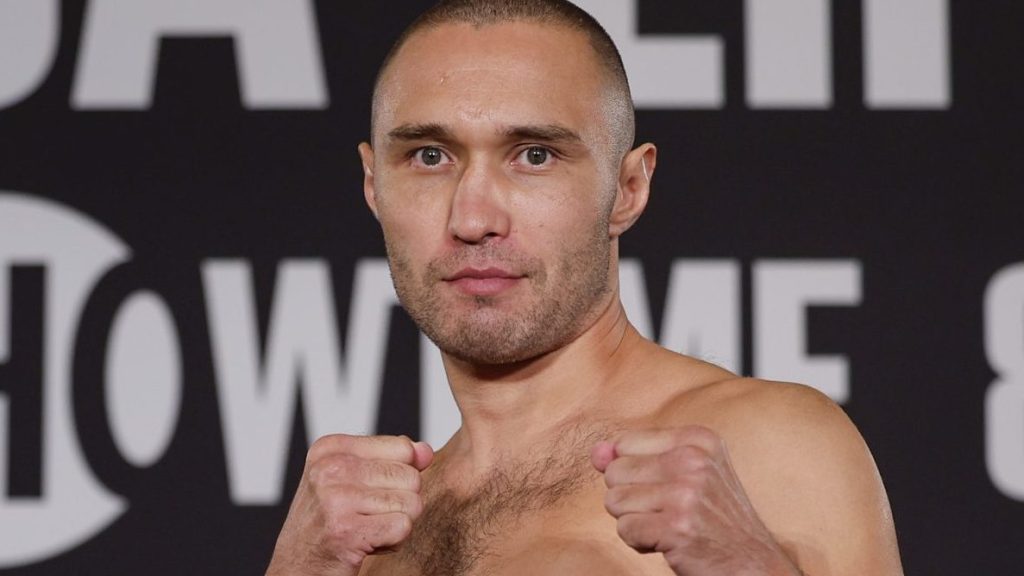 Sergey Lipinets is back. Omar Figueroa Jr. is finished.

Lipinets put Figureoa down in Round 2 and battered him until Figueroa’s father/trainer Omar Figueroa Sr. stopped the junior welterweight fight after eight rounds to save his son from further punishment Saturday in Hollywood, Florida.

The fight was billed as a WBC title eliminator.

The first round was competitive. However, after Figueroa (28-3-1, 19 KOs) went down from a right hand in Round 2, it was downhill for the former lightweight titleholder.

Lipinets pounded Figueroa’s head and body — and receiving little in return — in mostly inside exchanges. Figueroa’s only accomplishment was surviving as long as he did.

Figueroa had taken a significant beating by the time his father decided enough was enough.

Lipinets (17-2-1, 13 KOs) moved down from 147 pounds for the fight after drawing (Custio Clayton) and losing (Jaron Ennis) in his last two fights as a welterweight. The victory was his first since July 2019.

Figueroa, the brother of Brandon Figueroa, has now lost three consecutive fights. He said in an emotional interview afterward that he plans to retire.