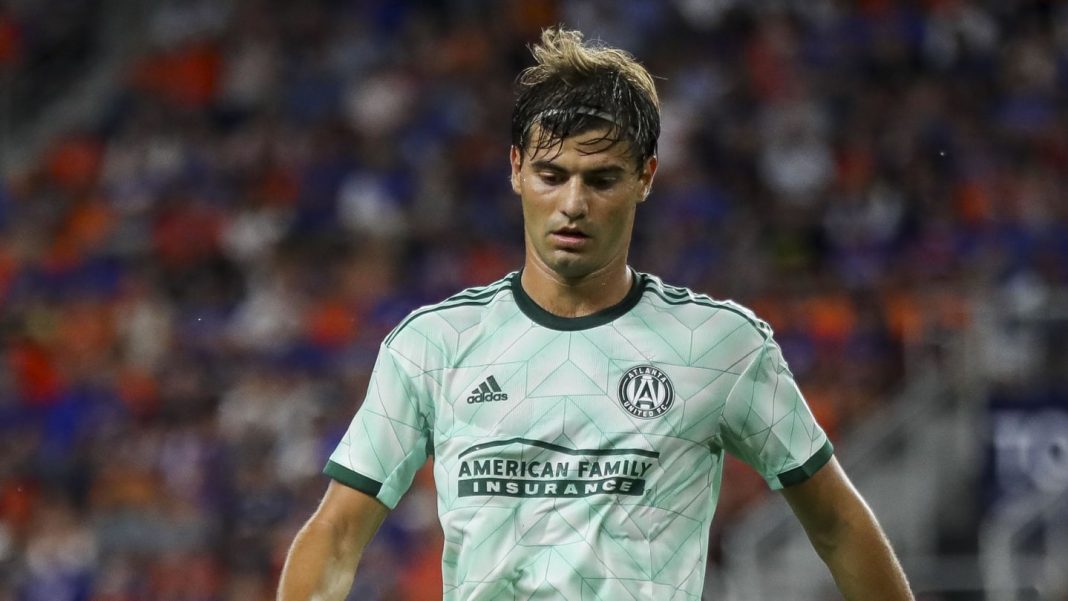 Atlanta United midfielder Santiago Sosa insists he and his teammates remain ‘very focused’ on dragging the club into the MLS Cup Playoffs.

The Five Stripes suffered another setback in what has been a torrid season so far, going down 2-1 at home to the New York Red Bulls on Wednesday. It was a result that leaves Atlanta 13th in the Eastern Conference with just seven wins and 29 points from 25 matches.

Yael Averbuch West hosted none other than Christian Fuchs for the latest episode of Football Americana. The Charlotte FC captain provided insight into the creation of Major League Soccer’s newest expansion team, and bringing European culture into the American side.

However, the gap between themselves and the MLS Cup Playoffs spots remains just four points with nine regular-season matches remaining. Atlanta United’s players aren’t giving up just yet, despite the gloomy outlook.

“The team is very enthusiastic, very motivated to make the playoffs,” said Sosa. “That was our goal since the beginning of the season, so we’re very focused on doing that.”

One of the most under-fire figures at the club at the moment is head coach Gonzalo Pineda, who shoulders the responsibility for poor performances that have seen Atlanta fail to win back-to-back games all season.

Up next for the Five Stripes is a trip to the Columbus Crew on Sunday, with the Ohio side on a fine run of just one defeat in their last 12 MLS fixtures.

Like Sosa, Pineda is remaining positive, trying to focus on the brighter aspects of his team’s play to try and turn their form around.

“Obviously if we stay in a negative head space, in the moment everything would appear to be dark and gloomy, that we are a disaster, but that’s not that case,” Pineda said. “I think the team does many things well. First of all, I like that they never give up. They fight, they give their all, they create opportunities. I think the team gives 100 percent.”