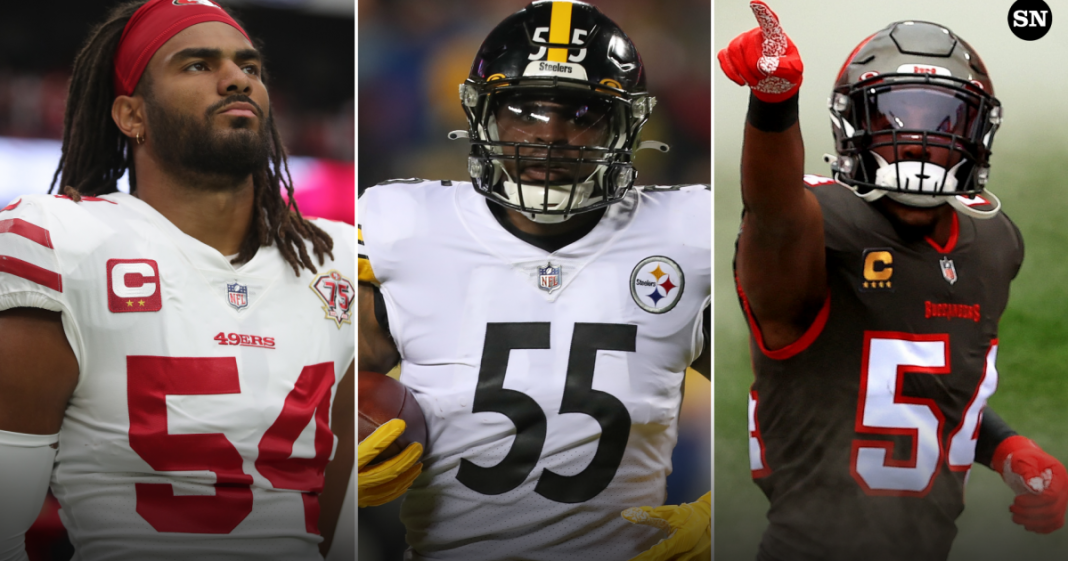 Fantasy football owners are usually guilty of either overrating D/ST or underrating D/ST — seldom is there any gray area. Seemingly every draft has that one owner reaching for a top-tier defense by Round 11 before some teams have even filled out their starting skill players. On the other end, there are owners who forego grabbing a D/ST until the last round and stream matchup-based sleepers all season. Whichever draft strategy you prefer, our 2022 fantasy defense rankings are a must-add to your cheat sheet.

Generally, the first owner to draft a defense rarely wins it all, but the owner who puts zero effort into their D/ST also has little chance year to year. The most successful fantasy owners typically draft the best sleeper defense toward the latter part of the draft — as in the last three rounds — and stream when that D/ST no longer presents value.

Example: Washington begins the year at home against Jacksonville and then travels to Detroit in Week 2. The Commanders defense was terrible last year, but Washington was pretty solid in 2020. So, there’s hope that in Jack Del Rio’s third year as coordinator, this team can rebound well and get off to a solid start against two below-average offenses.

However, after Week 2, Washington faces run-heavy Philly, Dallas, and Tennessee, and in Weeks 7-10, the Commanders face reigning MVP Aaron Rodgers and the Packers, the Colts, Vikings, and Eagles. No bueno, amigos. The savvy owner would cut Washington loose right after Week 2 and pick up a better defense in free agency.

Perhaps the Eagles get off to a slow start and an impatient owner cuts Philly after a tough loss to the Vikings. Swoop in and grab Philly ahead of its meetings with Washington and Jacksonville! You could also consider bottom-half defensive units with streamable Week 3 and 4 matchups, like Minnesota (vs. DET, @NO), Chicago (vs. HOU, @NYG), or Cincinnati (@NYJ, vs. MIA).

You get the point. You can loosely strategize your entire defensive game plan for the year right now based on schedule, past statistics, and personnel changes. Tons of Survivor Pool entrants look at the big picture and strategize the entire year ahead of time — why shouldn’t you with your D/ST?

Of course, the play-it-safe, pick-a-stud D/ST crowd will laugh off this late fly-and-stream approach. That’s fine. To quote Shakespeare, “To each his own.” We rank all the defenses down to No. 32, just in case you want two for some reason. (But please don’t roster three defenses. If you’re doing that, you might as well migrate to IDP because you are way too into defense to be in a standard league).

We all know there’s a lot of turnover in the D/ST rankings year over year, but it’s still worthwhile to look at last year’s defensive stats, both basic and advanced. Then, you need to look at offseason losses and acquisitions (including coaches) to determine whether each team got better or worse. Finally, you need to look at schedules, which only tells you so much since injuries are bound to affect matchups throughout the season..

Last season, the Patriots were the No. 2 fantasy D/ST and ranked top five in just about every stat except rushing yards allowed. However, they face a daunting schedule in ‘22, and they just lost stud cornerback J.C. Jackson and linebacker Chase Winovich. The Pats are almost always good, but with the AFC East getting better, we don’t have them in the top five.

The Chiefs lost a power player, too — Tyrann Mathieu will no longer man the open field for Kansas City (he’s now in New Orleans) — therefore the front-seven’s room for error has shrunk substantially. KC was deceivingly fourth in fantasy points last season, bolstered mainly by highlight-reel takeaways. The Chiefs secondary might be as weak as its pass rush at this point.

But with fallers also comes risers. The Steelers and Vikings ranked 24th and 30th, respectively, in pass defense last season. They can’t possibly be as bad this year. Pittsburgh signed inside linebacker and former Jags tackle machine Myles Jack to complement Devin Bush, as well as former Bills corner Levi Wallace. The Steelers D also has a relatively light schedule outside of Cincy, Buffalo, and Tampa. Minnesota signed three cornerbacks, as well as pass-rusher Za’Darius Smith and linebacker Jordan Hicks. Better days lay ahead for both these defensive units.

Enough chatter for now. You’ve come to see rankings, and rankings are what we’ll give you. Just remember, this is only the beginning. We will be constantly tweaking, shifting, updating, and adding to our rankings between now and Week 1 of the regular season, so check back frequently for updates. For full analysis of all D/STs, click here.