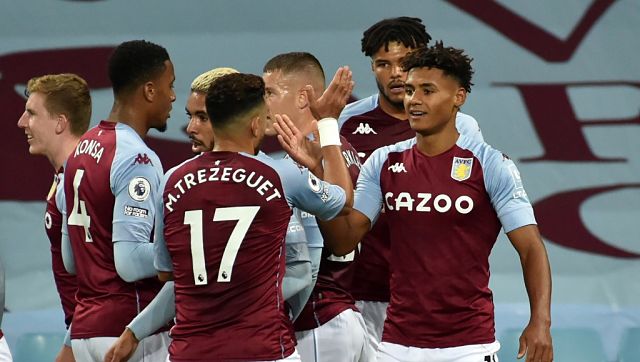 Everton have registered their interest in signing Aston Villa striker Ollie Watkins who could be allowed to leave the club this summer.

After losing Dominic Calvert-Lewin to injury, Everton’s depth in attacking areas has become apparent. Anthony Gordon has been utilised in a centre-forward role at times this season, further emphasising Everton’s need for a new striker.

Salomon Rondon is Everton’s only other natural striker at the club, but the 32-year-old has struggled to find consistent form since arriving at Goodison Park.

Everton have also failed to replace Richarlison this summer, so recruiting a forward who is capable of playing through the middle and off the left would be a smart move.

One player who fits this profile is Aston Villa striker Watkins, and according to Football Insider, Everton have registered their interest in signing the England international.

The report claims that Villa would be open to selling Watkins this summer, as they plan on bringing in a high-profile signing in attack.

Watkins’ work rate and finishing ability would make him a useful addition to Frank Lampard’s squad, but it’s difficult to see a scenario where Villa would allow a Premier League rival to sign the 26-year-old.