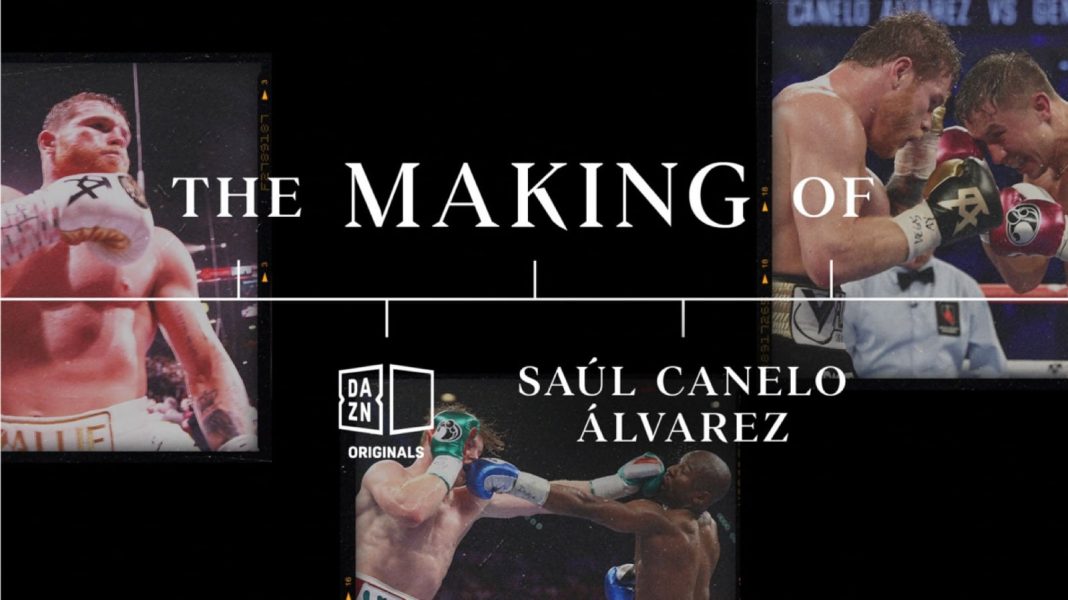 Canelo vs. GGG III will be broadcast live on DAZN PPV in the U.S., Canada, UK, Ireland, Australia, and New Zealand as well as around the world on DAZN (excluding Mexico, Latin America, and Kazakhstan)​ and is in partnership with Matchroom, Canelo Promotions and GGG Promotions.

Ahead of what is one of the most anticipated fights of his career, pound-for-pound great Canelo joins the likes of Cristiano Ronaldo, Neymar Jr, Jose Mourinho, and Anthony Joshua in getting ‘The Making Of’ three-part treatment. This series of films are led by the athlete as they relive and reflect on three of the most impactful moments of their career thus far, including their experience and their feelings, ultimately offering fans a new and fascinating insight into the mind of the world’s greatest sports stars.

Check out ‘The Making Of’ Saúl ‘Canelo’ Álvarez trailer HERE.

Canelo’s ‘The Making Of’ episodes will see him open up about three of the biggest nights of his career: his 2014 bout and first ever loss against Floyd Mayweather, his 2018 rematch with GGG, and his 2019 light heavyweight championship matchup against Sergey Kovalev.

Alongside exclusive and revealing interviews with Canelo, ‘The Making Of’ also features testimony from some of boxing’s finest to further get to the heart of who Canelo is and what made him into the person he is today. Cameos include Canelo’s long-time trainer Eddy Reynoso, former opponent Daniel Jacobs, DAZN on-air talent Chris Mannix and Claudia Trejos, as well as Matchroom supremo and Canelo’s promoter Eddie Hearn.

‘The Making Of’ Saúl ‘Canelo’ Álvarez was commissioned by DAZN and is a co-production between Archers Mark and DAZN Studios and is made in association with APX Content Ventures.  Alongside the DAZN Originals team including Grant Best (Executive Producer & EVP Global Commissioning Original Content), Hugh Sleight (Executive Producer), Christine Wilt (Executive Producer) and Kevin Joseph (VP of Original Programming), the series is directed by Dan Riley and produced by Moby Longinotto.

Some standout quotes from the series:

Canelo on the Mayweather fight:

“Simply, it was down to experience. If I compare that Canelo with Canelo today, they are completely different. It’d be a completely different fight now. I’ve always said that perhaps if I’d won that night, everything would have come my way. Fame, money and perhaps it wouldn’t have worked out well then. I could’ve perhaps gone crazy. It wasn’t my moment. That’s how I take it, it wasn’t my moment. It took me a few days for me to accept it.”

Canelo on the GGG rematch:

“I’m not a person who cries a lot but there are times you can’t take it all in. The truth is that those feelings are unique. Having my family there, my wife, my children, my mom, my dad, my siblings, my friends, all my team. For me, it’s very important; it means a lot. Why? Because, in the end, family is the most important thing for us.”

“Being a world champion in another division, imagine! Such a small boxer like me –

‘The Making Of’ Saúl ‘Canelo’ Álvarez is available exclusively on DAZN. Canelo vs. GGG III will be broadcast live on DAZN PPV in the U.S., Canada, UK, Ireland, Australia, and New Zealand as well as around the world on DAZN (excluding Mexico, Latin America, and Kazakhstan)​.