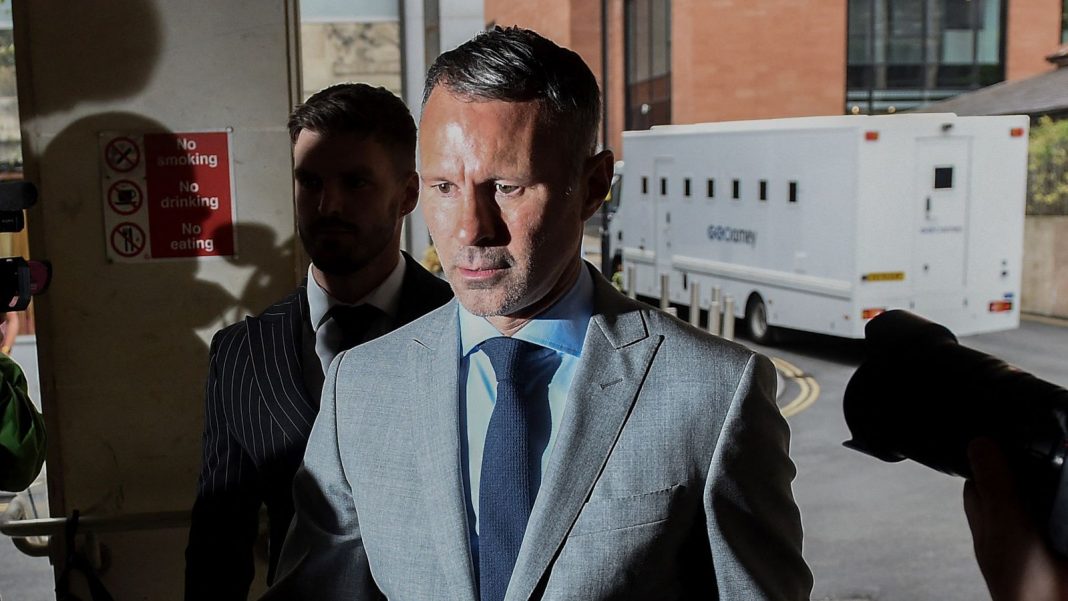 Ryan Giggs is being asked about messages he sent to Kate Greville when she was not responding.

In the messages, Giggs called Ms Greville his “best friend” and the “person I’ve had most connection with”.

“Kids miss you too,” Giggs wrote.

The court hears Giggs also wrote: “Otherwise I will stalk you like mad and you know how good I am at that.”

Asked about the message, Giggs tells the court: “There’s a smiley emoji at the end.”

Mr Wright asks Giggs if accepts that he had turned up “unannounced at her home, workplace and gym”.

Mr Wright said: “You would play with her emotions, wouldn’t you?”

However the ex-footballer denies coercing Ms Greville or seeking to control her.

Giggs admits sending “drunken texts” to other women during his relationship with Ms Greville.

The prosecutor asks if Giggs is a “narcissist”, “manipulator”, “controlling”, “aggressive”, and “violent”.

Mr Wright says: “I’m going to suggest you are each of those things Mr Giggs, aren’t you?