Robeisy Ramirez vs. Jessie Magdaleno to fight on Lomachenko vs. Ortiz undercard 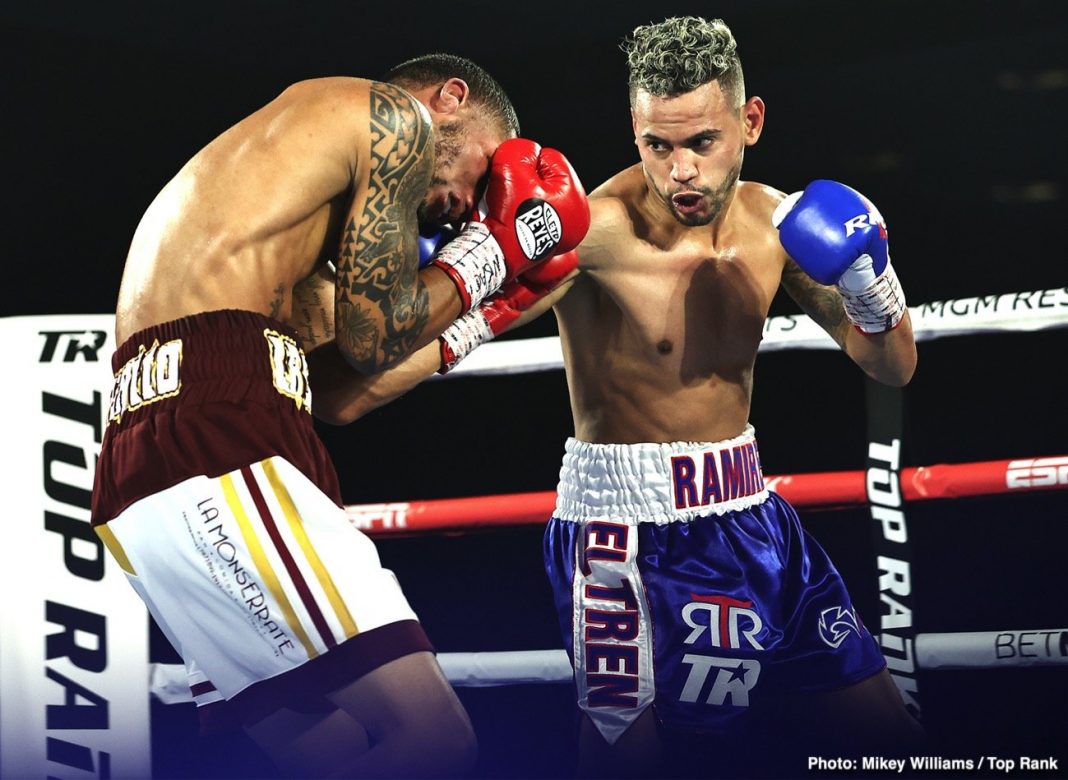 By Allan Fox: Two-time Olympic gold medalist Robeisy Ramirez and former WBO super bantamweight champion Jessie Magdaleno have reportedly agreed to a deal to fight in the co-feature bout on the Vasyl Lomachenko vs. Jamaine Ortiz card in October on ESPN.

Robeisy is coming off of a fifth-round knockout over the tough Abraham Nova last June at the Hula Theater in New York. That was a fight in which Robeisy displayed his power in stopping the previously unbeaten Nova (21-1, 15 KOs).

The victory for Robeisy was his tenth consecutive since his shocking 4th round split decision upset loss to Adan Gonzales in his pro debut in August 2019. Robeisy would later avenge that loss by beating Gonzales by a six-round unanimous decision in 2o20.

Magdaleno, 30, has won four straight since losing his WBO 122-lb title to Isaac Dogboe by an eleventh-round knockout in April 2018. That was a fight in which Magdaleno was initially winning, but he gassed out after the fifth round and was eventually stopped by the tough Dogboe.

“The chief-support bout is slated to be a featherweight matchup between Robeisy Ramirez and Jessie Magdaleno, sources said, after the sides agreed to a deal,” said Mike Coppinger.

Bring me the best at 126. I’ll take care of the rest. #ElTrenRamirez🚂 pic.twitter.com/gMVUQZtgAW

We’re going to see if Robeisy has the goods to capture a world title at featherweight when he goes up against the experienced Jessie Magdaleno.

This is a fight that Robeisy needs to win and look good in doing so for him to be taken seriously as a future world champion at 126. Magdaleno is a good gatekeeper type of opponent that could weed Ramirez out of the picture if he fails to bring his A-game.

Thus far, the Lomachenko vs. Jamaine Ortiz card is looking strong for October. It’ll be interesting to see if Top Rank adds another outstanding fight to the card.

The former three-division world champion Lomachenko (16-2, 11 KOs)  is fighting for the first time in 2022, as he’s been defending Ukraine from the invasion.

Lomachenko wants to challenge undisputed lightweight champion Devin Haney, but he needs to wait until he faces former champ George Kambosos Jr in a rematch on October 15th in Melbourne, Australia.

If Haney and Lomachenko both win their fights, they’ll meed in early next year.