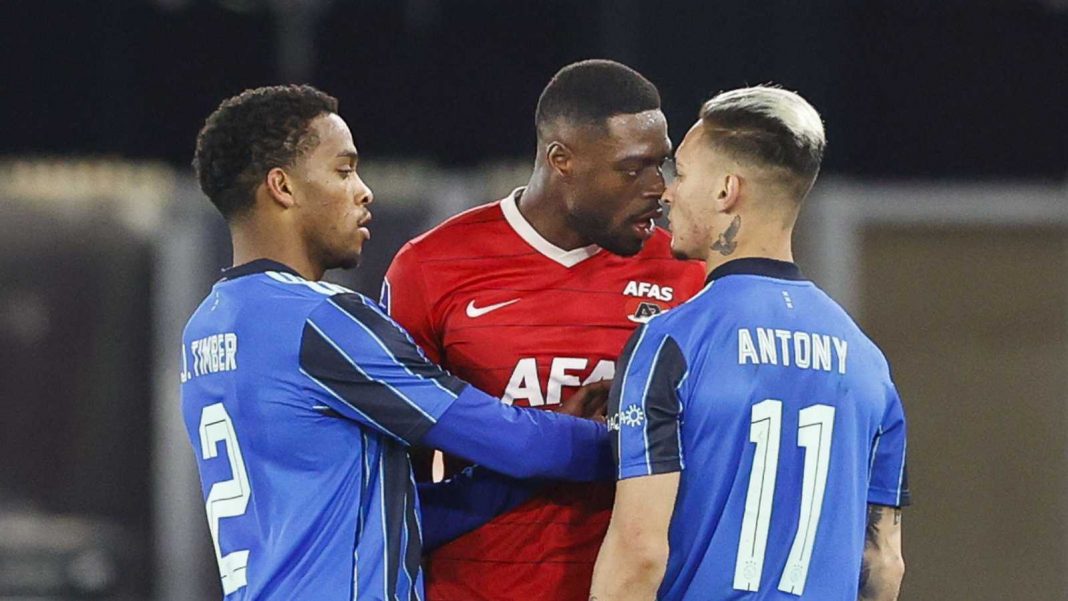 Antony has been heavily linked with a move to Manchester United this summer, but in the last few days their interest in the Ajax winger has been revived.

That’s according to Fabrizio Romano, who claims Manchester United plan to make another approach to bring Antony to Old Trafford, but a deal is considered to be more than difficult.

However, they could now face competition to secure his signature, with Spanish outlet Defensa Central claiming that Real Madrid are considering making a move for Antony in the 2023 summer transfer window.

Antony has reportedly been on Real Madrid’s radar for some time now, and with the Spanish giants targeting some of the best young talents around Europe this summer, a move to sign Antony would make sense.

After securing the La Liga title and Champions League last season, the attraction of joining Real Madrid could be more exciting than Manchester United, who have struggled to perform in recent years.

However, if Real Madrid aren’t planning on signing Antony until next year, Manchester United could swoop in and bring him to Old Trafford this summer.