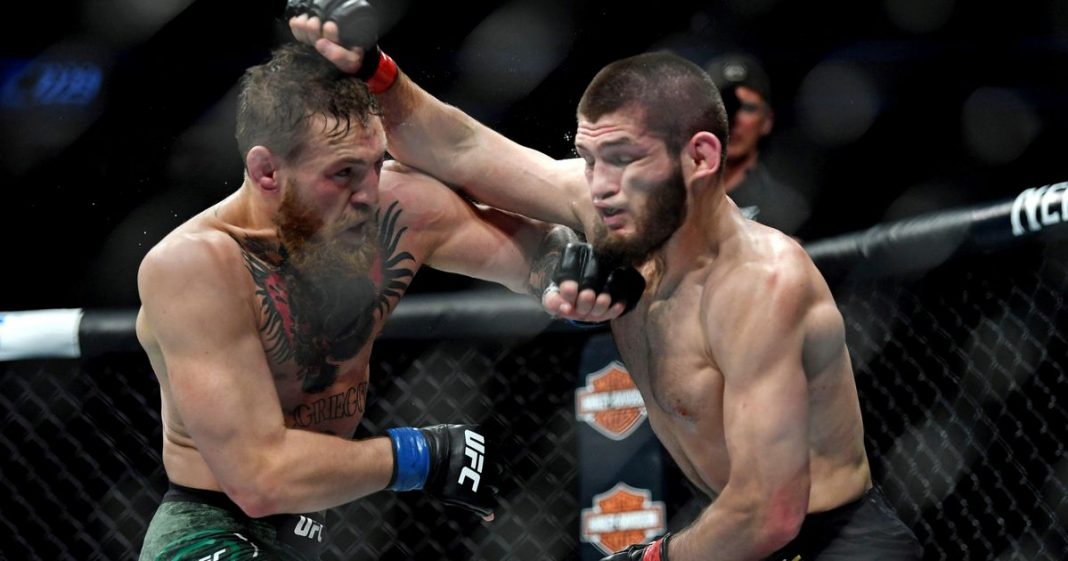 Kamaru Usman has included Dominick Cruz over Conor McGregor and Khabib Nurmagomedov on his list of best-ever fighters in UFC history.

Usman will defend his UFC welterweight title this weekend against Leon Edwards at UFC 278 held at the Vivint Smart Home Arena, Utah. The Nigerian star is considered one of the most dominant welterweights in recent history and was recently ranked pound-for-pound No.1 prior to Alexander Volkanovski’s trilogy victoty over Max Holloway.

A win for Usman could see him jump back into the leading spot on the current pound-for-pound list and continue his journey to becoming one of the leading all-time fighters. However despite his own career thriving, Usman has named a whole host of leading stars ahead of himself in the ‘best-ever’ debate which include Anderson Silva and Jon Jones.

“Georges St-Pierre and I would even say Dominick Cruz.” Silva is seen as one of the most dominant champions in UFC history, having made ten successful defences of his crown while also competing at light-heavyweight. Jones equally has had one of the greatest careers in UFC history with wins over the likes of Quinton ‘Rampage’ Jackson, Chael Sonnen, Alexander Gustafsson and Daniel Cormier.

He has also recently earned his place in the UFC Hall of Fame for his epic war with Gustafsson and will now look to make a switch to heavyweight in a bid to further cement his legacy. St- Pierre was a tremendous two-division champion winning titles at both middleweight and three times at welterweight with many considering him the best fighter in UFC history.

Who is your top five best-ever fighters in UFC history? Let us know in the comments section below

Cruz, meanwhile, lost to Marlon Vera last weekend, the third defeat of his career with Henry Cejudo and Cody Garbrandt having defeated the American. Nurmagomedov can count himself unlucky to miss out from Usman’s list having been friends with the Nigerian but also having made a huge impact on the sport.

The Russian star had an undefeated UFC career which saw him pick up wins over the likes of McGregor and Dustin Poirier before retiring and vacating the belt after a successful defence over Justin Gaethje in 2020. Meanwhile McGregor also had a sensational time in the sport becoming the first man to hold two title belts simultaneously, as well as entertaining fans across the globe.